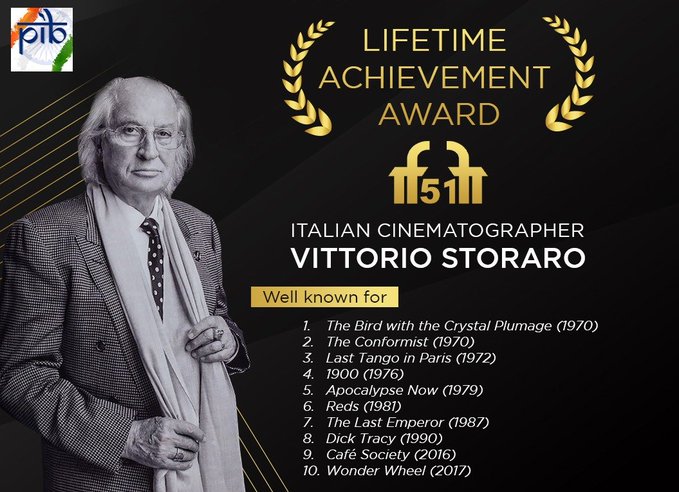 Panaji: The 51st edition of the International Film Festival of India (IFFI) will honour the Italian cinematographer Mr. Vittorio Storaro with the prestigious Lifetime Achievement award, at the opening ceremony, scheduled to be held tomorrow (January 16, 2021).

Mr. Storaro has received three Oscar Awards for Best Cinematography for the films Apocalypse Now (1979), Reds (1981), and The Last Emperor (1987), and is one of three living persons who have won the award three times.