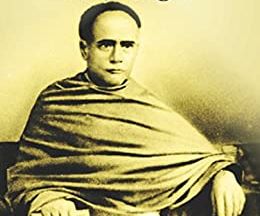 Dhenkanal: The society should share the knowledge with a liberal mindset to achieve the substantial goals of the country. This is because a good knowledge sharing system allows all oppressive voices to be heard without discrimination. If that happens, no country will have to face social and educational imbalances. Knowledge has a liberating power. Experts from academia and the media industry highlighted such issues during the 200th birth anniversary celebrations of social reformer Ishwar Chandra Vidyasagar at the Eastern Regional campus of the Indian Institute of Mass Communication (IIMC), Dhenkanal on Friday, 11 September 2020.

Marking the bicentennial of Ishwar Chandra Vidyasagar, IIMC Dhenkanal in collaboration with the press club, Kolkata had organized an online panel discussion on ‘Vidyasagar: The Man and His Mission’. The 19th century social reformer from Bengal, Vidyasagar had many facets. The panelists, author and media academician Mr Subir Ghosh, retired professor of English in Utkal University, Jatindra Kumar Naik, senior journalist Shyamal Roy and assistant professor of University of Chittagong Rajib Nandy discussed Vidyasagar’s contribution and relevance to the society from various perspectives.

Giving special attention to the rationalist ideology, media teacher and author Subir Ghosh said, “Ishwar Chandra Vidyasagar had believed and practiced the rationalist approach though he was born in a traditional Hindu orthodox family. Though he had no faith in religion, rituals, and traditions many admired him because of his commitment and powerful voice against suppressed people.” He embodied many good qualities that were useful to society especially to the marginalized sections, he added.

Jatindra Kumar Nayak, an author, and former English professor of Utkal University talked about Ishwar Chandra Vidyasagar’s passion for education and social reforms. He said that “Vidyasagar’s commitment towards primary education and the Bengali literature was undeniable. He also influenced the Odia educationalists and the civil society through his writings and his brave attitude towards social reforms,

Talking about the influential domain of polymath Vidyasagar, senior journalist Shyamal Roy said, “Vidyasagar is not only an icon of Bengal or Bengalis but also of the entire nation. He is a great educationalist who mastered in making the education flexible and easy in the mother tongue.” He also said that Vidyasagar’s ‘Barnaparichay’ in the Bengali language is still available in book stores of remotest areas and it shows his relevance even now.

Assistant professor of University of Chittagong, Rajib Nandy applauded and admired Vidyasagar’s target of educating all the Bengali people without discrimination. Professor Nandy also said, “Although many opposed his social reforms, he did not hesitate to move forward and fought for the well-being of the society. Besides, his wise words while conversing with others in any circumstance were inspirational to millions of people.”

In a speech welcoming the guests, Professor Mrinal Chatterjee, Regional Director, IIMC Dhenkanal reminded the audience Vidyasagar’s role in women’s empowerment and the way he promoted widow remarriage. He also said, “Vidyasagar’s relentless efforts eradicated many social iniquities. His immense contribution towards Bengali literature and in the field of education especially in women’s education and social movements is indubitable”.

Professor Chatterjee also announced a series of online panel discussions and future monograph plans. IIMC Dhenkenal will hold e-panel discussion to observe centenary of Odia daily Samaja on 25 September, and Marathi newspaper Mooknayaka on 16 October. IIMC will hold Photografia-4, a photography and visual storytelling workshop, on 3-6 December and Filmi Chakkar-4, online conference on Biopics, film appreciation workshop, mobile film making contest, and an exhibition from 14 to 16 January next year. A session will be dedicated to great filmmaker Satyajit Ray on his birth centenary. A monograph on Peace Journalism will be released on 26 January 2021. Interested persons may submit their proposal for papers for the monograph and the Filmi Chakkar-4 conference.

The panel discussion was moderated by Sambit Pal, assistant professor of IIMC Dhenkanal, and culminated with the vote of thanks by assistant professor Dr Jyoti Prakash Mohapatra. The session was attended by media industry experts, media academicians, research scholars, faculty of the IIMC, and the students.

Ural Federal University: The University Was Ranked among the Best Universities in…

iednewsdesk Jun 24, 2021
Ural Federal University is ranked 11th in the ranking of the best universities in Russia, prepared by Forbes…

Ural Federal University: Students of the Russian-Chinese Program Have…

Ural Federal University: UrFU Is In the Top-5 Of the Most Popular…