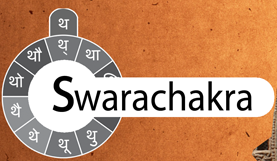 Many homes in India now also have more than one smartphone today. While chatting on Whatsapp, Facebook messenger, Hike, Viber and others, the user sees the chat on only half of the screen, while the other half is covered by the keyboard, especially in case of use of Indian language due to the script.

Under the main project titled ‘Re-shaping the Expected Future’ initiated by Future Interaction Technology Lab in Swansea University, UK and funded by EPSRC, the ‘Better Together’ framework was developed. This framework allows users to run an application on multiple phones at the same time while providing the overall interaction of a single application.

Prof. B K Mishra takes charge of IIT – Goa as its Founding Director

India Education Diary Bureau Admin Apr 17, 2021
Kulgam: In order to review the performance made under various schemes implemented by different departments, the…