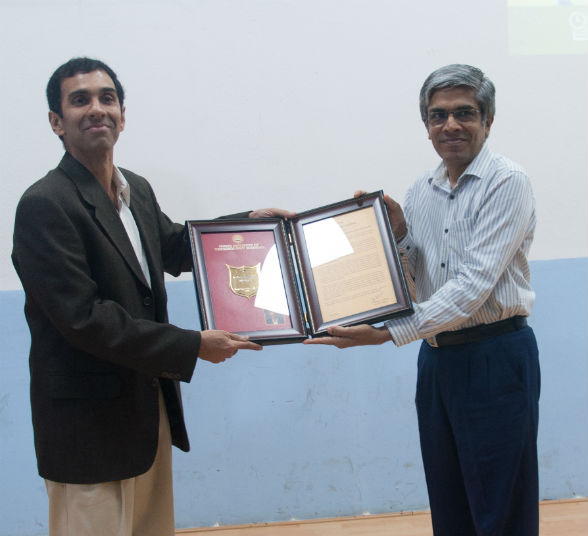 Launched on the occasion of ‘Alumnite’ held to welcome the 2017 batch, which graduated on Friday (21st July, 2017) into the Alumni fold, the ‘Joy of Giving to IITM’ – https://joyofgiving.alumni.iitm.ac.in/ – is intended to aid IIT Madras’ journey towards global distinction in the fields of engineering education and research. It will work towards raising endowment funds for the institute through alumni and corporations from around the globe. It aims to place IIT-Madras among the ‘Top 50’ education and research institutes in the world.

Crowd funding is a new initiative of IIT-Madras, which has brought in Rs. 1 crore in retail funds. Around 250 new donors have joined the initiative with the average donation size being Rs. 35,000.

The Alumni and funding under Corporate Social Responsibility (CSR) initiatives have cumulatively helped raise Rs. 177 crore in the last eight years from 5,000 donors. More than 30 companies are engaged with IIT-Madras at the moment. Fund raising by IIT-Madras from grew by 22 per cent in 2016-17.

Prof. R. Nagarajan, Dean, International and Alumni Relations, IIT Madras, welcomed the 2017 batch info the Alumni fold. He also recalled that IIT-Madras had successfully regained the No:1 ranking in NIRF for the second consecutive year. This was made possibly due to the contributions of the faculty, students, staff and the alumni.
“AlumNite” features awards, prizes and entertainment. Students demonstrated their talents on campus one last time cultural performances such as singing and dancing, receiving awards for academic performance.

University of Sydney: The secret of cells could be in their…

He also conferred the YBG Varma Award for “Excellence-in-Teaching in Chemical Engineering”, “Excellence-in-Research” award (instituted by Dr. Prakash Keshaviah), the “JC Bose Patent Award” (instituted by IIT-Madras alumni, Anil Kumar and Kundan Kumar, along with other faculty and student Awards

An Institute Chair, Endowed in the name of late Prof. S Sampath by alumni of the 1964-66 batches, was also launched on the occasion. Prof. Ashok Jhunjhunwala is current occupant. A new initiative to honour the “Founding Professors” with a Chair was announced during the function.

‘AceMicromatic Chair Professorship’ in Machine Tools and Manufacturing Technologies was also launched during the function. P. Ramadas, Managing Director of the company, will be the Chair. A book written by the Department of Management Studies alumna Rajeshwari Victor was also released.

M. Subramanian, Chief Executive Officer (Development Office), IIT- Madras Charitable Trust, said, “Thanks to the active involvement of the IIT-Madras Alumni community, the Rs. 55 crore was raised in 2016-17, up from Rs. 45 crore in the preceding fiscal.

University of Sydney: Fifth of global food-related emissions due to transport

University of Sydney: The secret of cells could be in their yo-yo-like tendencies

University of Sydney: Fifth of global food-related emissions due to…

University of Sydney: The secret of cells could be in their yo-yo-like…