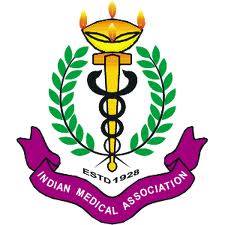 New Delhi: The Indian Medical Association (IMA) has asked the government to make Health Impact Assessment mandatory for giving clearance to new industrial and smart cities coming up across India under the ambitious infrastructure projects.

A national conference on Safe Sound Initiative of the IMA, which represents more than 2 lakh doctors, also strongly recommended creation of Safe Sound Zones in these cities in view of the alarming increase in physical and mental health issues, especially among youngsters, due to overexposure to high decibel sounds.

He was speaking at the second national conference on the Safe Sound Initiative where around 80 state representatives of the IMA discussed strategies to roll out the campaign at the state levels.

The conference expressed concern over the increase in incidence of tinnitus (humming sound in the ears) among young people because of prolonged use of gadgets like earphones, headphones and mobile phones, increasing risk of thermal and high-frequency hearing loss.

“Noise is the number one reason for permanent deafness. It causes mental health issues, aggravates conditions such as allergies and asthma, even autoimmune diseases and deadly lifestyle illnesses such as diabetes, cardiac problems and cancer,” says Dr. C John Panicker, an ENT Surgeon and National Coordinator of the IMA Safe Sound Initiative. “The unfortunate part is that there is very little awareness currently about how deadly noise pollution can be, even among doctors.”

Padma Shri Dr K K Aggarwal, National President of IMA, called for a graded plan of action to tackle noise. There are already guidelines on permissible noise levels: for eg. 70-75db in Industrial Zones, 60-65db in commercial, 45-55db in Residential and 40-50 db in Silent Zones that must exist 100 metres around schools. He said regulations were needed to specify what action can be taken when the sound levels exceed the safety norms.

Justice Anil R Dave, former justice of the Supreme Court, who inaugurated the conference, said that the courts in India have, on several occasions, intervened to set limits on noise, but these often falter at the implementation stage owing to several reasons, principally sensitivity around religious issues.

He said the noise pollution also needs to be tackled as a social problem and children need to be educated early on to “hate noise and enjoy silence”.