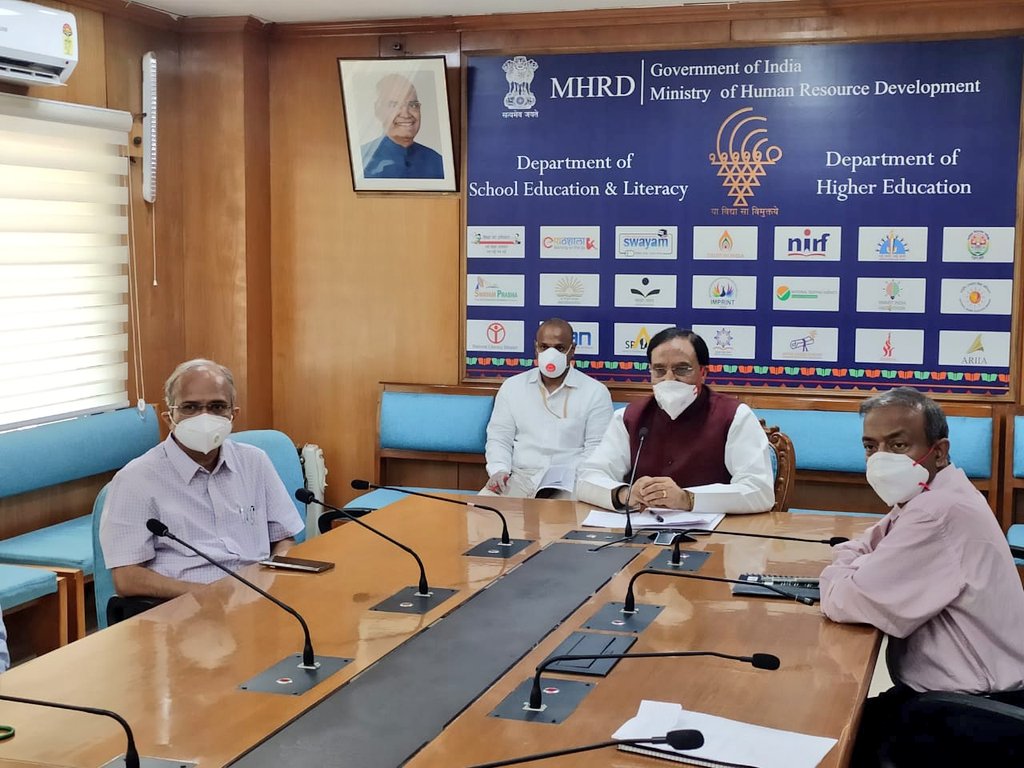 New Delhi: Union Human Resource Development Minister Shri Ramesh Pokhriyal ‘Nishank’ today informed that the National Test Abyaas App launched by the National Testing Agency for students preparing for JEE (Mains) and NEET has become very popular among the students and within less than 72 hours of it’s launch more than 2,00,000 students have downloaded this app. He also informed that more than 80 thousand students have also given mock tests for JEE (Mains) and NEET. He added that students give maximum mock test between 10 am and 12 noon.

Giving detailed information about this app, the Union Minister said that every year a large number of students participate in JEE (Main), NEET and other competitive examinations, out of which a lot of students could not study in private coaching institutes. Keeping in mind their needs, NTA has launched this app which will facilitate them in preparing of the exams.

He further explained that on this app, students will have three hours to complete the question paper, which students can give anytime after downloading. Students will not need internet facility to take this test.

The Union Minister further said that with the launch of this app, India has taken an important step to bring uniformity in the preparation of important examinations. In the time of this unprecedented health emergency, this app will help the students to prepare for the examinations. Through this app, our goal is to create world’s largest virtual test system which will provide immediate, real and unbiased results.