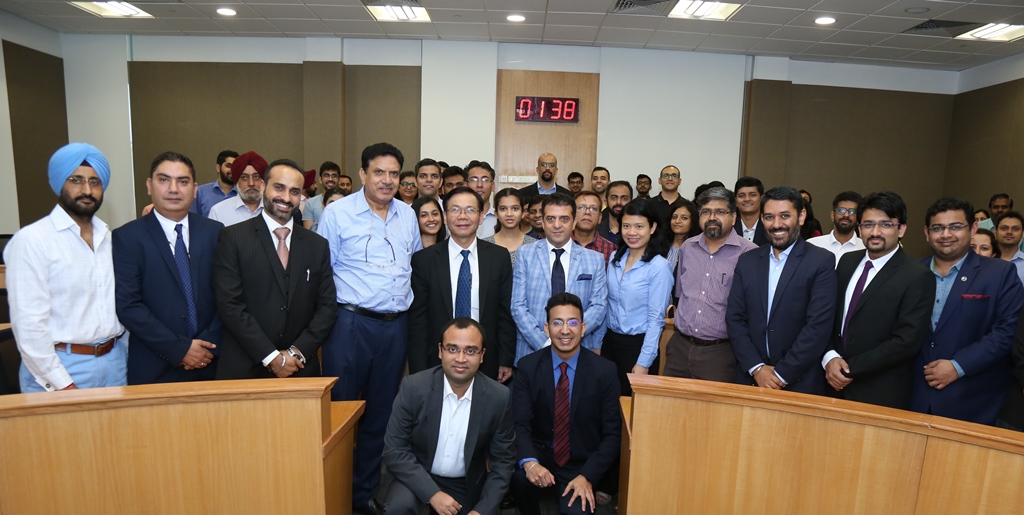 Mohali: Indian Business School hosted H.E Dr. Ton Sinh Thanh, Ambassador of Socialist Republic of Vietnam to India at its Mohali campus. The ambassador spoke on ‘Can Vietnam be India’s key strategic ASEANpartner?’ The event was organized in partnership with the Confederation of Indian Industry.

He started his address by quoting former Vietnamese Prime Minister Pham Van Dong who said in 1978 that the “Indo-Vietnam relationship is like a clear sky with no clouds” making a reference to the problem free nature of the relationship between the two countries. He started his talk by confessing his love for Punjab and the food here. He elaborated on Vietnam’s historical context, which was war-ridden for a very long time even after its independence in 1945. It opened up only after 1985 and grew at a fast pace as an export-driven economy. He also emphasised that India and Vietnam are historically connected and enjoy a healthy relationship. Ambassador Ton made reference to the spread of Buddhism and the establishment of Hindu kingdom in Central Vietnam by the Kalinga rulers. The strong and stable political leadership at both countries has led to high-level mutual trust among its leaders leading to intense defence cooperation, along with strong collaboration in areas like IT and Energy. Indo-Vietnam relationship thrives on five strategic pillars – political, economic, tourism, culture, and education. He also appreciated that India’s investment in Vietnam is increasing over a period, though the scope is huge. While vehemently supporting that Vietnam can be India’s key strategic partner in ASEAN, Ambassador Ton expressed the desire to see business houses in India take greater initiative in investing in Vietnam. He also felt the need for greater air connectivity between the two countries and more avenues for people to people connect. He concluded by saying that if India is focused on Act East, there cannot be a more reliable partner and trusted friend than Vietnam.

Ambassador Ton planted a sapling on campus and also interacted with faculty and CII members over lunch. He was very impressed with the campus and said “I feel privileged to visit ISB, and it is the most beautiful campus I have ever been too. I am impressed by the history and the fast development of the school”.