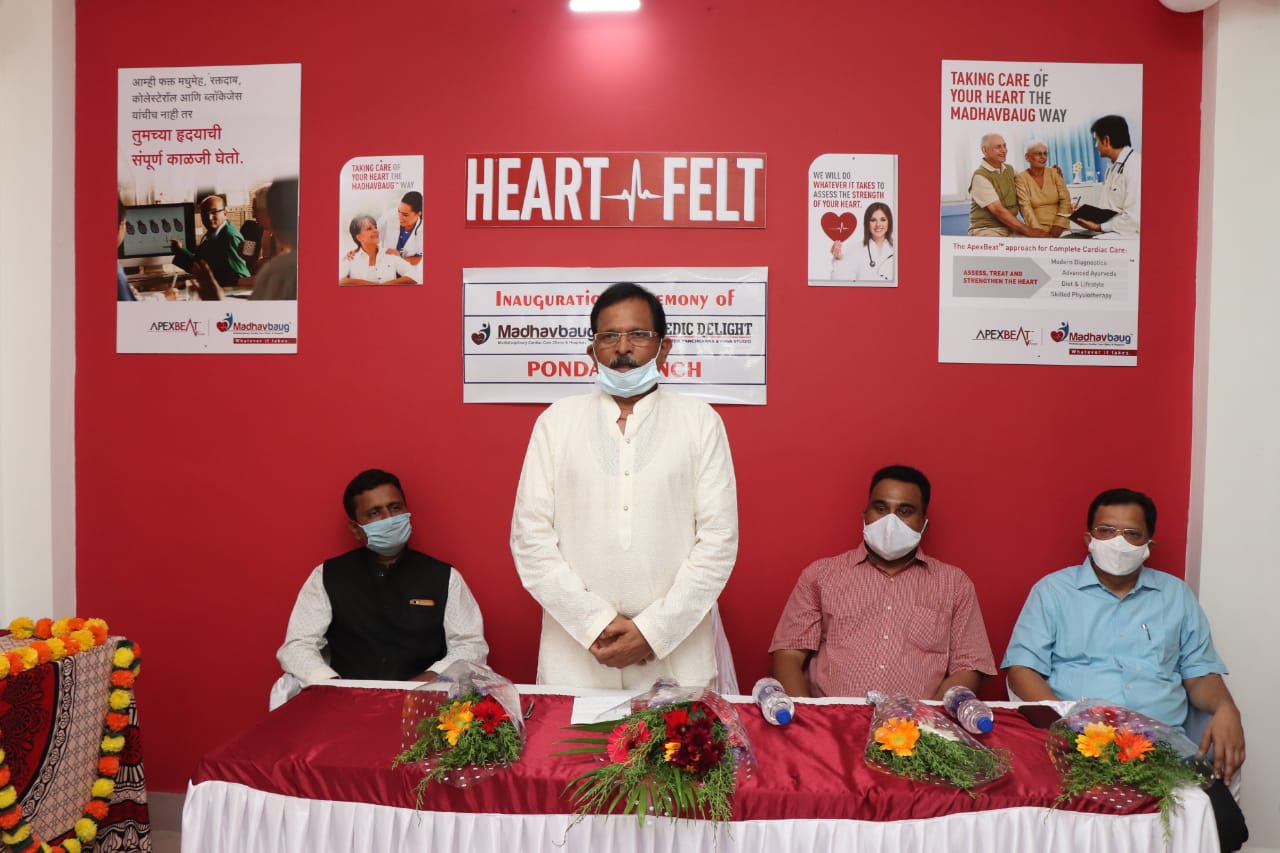 New Delhi: Traditional Indian medicine system has been practiced for thousands of years, but later it got neglected. By the visionary leadership of Prime Minister Narendra Modi, ‘AYUSH’ is getting its golden days back. Prime Minister Narendra Modi set up an independent Ministry of AYUSH to bring Ayurveda to the world stage once again. In just five-six years since its inception, the Ministry of AYUSH has established itself globally, said Union Minister of State for AYUSH (Independent Charge) and MoS Defence Shripad Naik. He was speaking at the inauguration of Madhavbaug and Vedic Delight Ayurvedic treatment centres at Dhavali-Ponda. NRI Commissioner Adv. Narendra Sawaikar was also present on this occasion.

International Yoga Day is celebrated globally on 21st June, which is a great achievement of this ministry. Also, the Indian concept of global welfare is being realized through the Ministry of AYUSH and by the vision of the Prime Minister, said Shripad Naik. Now AYUSH is used as an alternative medicinal treatment. However, this picture will soon be going to change and traditional AYUSH medicinal treatment will be adopted globally as the mainstream medicinal treatment, stated the Union Minister.

Providing better treatment at low cost to the common man is the idea behind setting up an independent AYUSH Ministry. We are now facing the global challenge of the Corona pandemic. In these testing times, we realized the importance of immunity. Ayurveda and Yoga has been accepted as an immunity booster, said Shri Naik.

In another event, Shripad Naik attended the inauguration ceremony of Goa Agricultural Produce and Livestock Market. He appreciated the work of the state government in making Goa self-reliant through such initiatives.