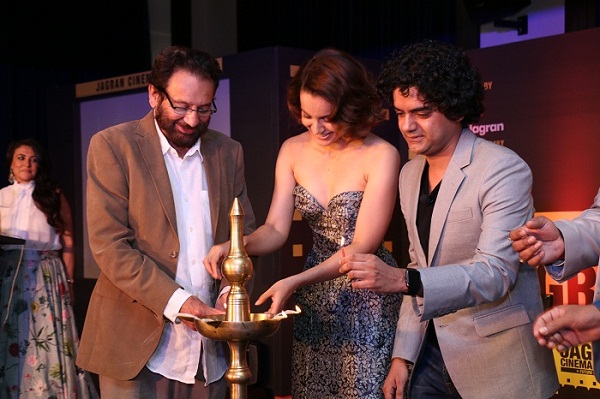 Rajeev Kumar and Danny Wilson from Drishyam VFX will make a presentation on “How effects make Cinema special” at the Summit and how it has become a game changer in many films around the world.

Chaitanya Chinchlikar, from Whistling Woods VR Lab will make a presentation on “Way forward for Cinematic Virtual Reality” where he will discuss in detail about the World of Cinematic VR.

On being part of the Jagran Cinema Summit, Chaitanya Chinchlikar, Whistling Woods VR Lab says, “Progressive platforms like the The Jagran Cinema Summit are a great boon for our industry. While we should celebrate our present, we should also keep focusing on the future and I’m glad Jagran is doing the same. I am extremely pleased to be a part of this initiative and the future it holds.”

On being part of the Jagran Cinema Summit, Rajeev Kumar, Drishyam VFX says, “I’m glad that I’m a part of the Summit to discuss the role of effects in cinema and how it makes it special.”

With a plethora of high profile actors, filmmakers, marketers and distributors sharing their insights on the imminent future of cinema, this exclusive summit will pave the way to opportunities across all areas in the Indian film industry.

Jagran Cinema Summit is an ‘initiative by Dainik Jagran’.