New Delhi: A Chair for the study of India’s ethos and to explore its cultural links beyond the Asian subcontinent will be set up in Jamia Millia Islamia (JMI). The decision was taken at a meeting yesterday chaired by the JMI Chancellor and Governor of Manipur, Dr Najma A. Heptulla and attended by Vice Chancellor, Prof. Talat Ahmad and the university’s Director of Centre for Northeast Studies and Policy Research, Prof Simi Malhotra and Director of Centre for Jawaharlal Nehru Studies, Prof S. Sarvanan.
The objective of the Chair is to promote research on the footprints of India’s ethos beyond its geographical boundaries in Asian countries. “The idea is to strengthen glorious cultural relations emanating from deep-rooted linkages between India and Asian countries” the Chancellor said.
It was also decided that the university will take a lead in organizing a workshop to explore,
among other things, the historical role played by India and the Indian civilization in fostering economic and cultural ties, not just with its immediate neighbours in South Asia but also in South East Asia, West Asia, East Asia, Central Asia and other parts of the world.
Through these historical exchanges, India has not only contributed to the society and culture of these places but also established its civilizational presence throughout history, which often gets overlooked on several accounts, the members felt.
Chancellor Heptulla also highlighted the importance of Act East Policy of Prime Minister Shri
Narendra Modi’s government. Indian culture, trade, commerce, philosophy, customs, religious practices and belief systems enveloped the region from Afghanistan to South Asia and more prominently Myanmar, Mongolia, China, Indonesia, Malaysia, Laos, Cambodia, Thailand and Japan during different periods of the history, the Chancellor added. Dr Heptulla further added that the philosophy of compassion, tolerance, non-violence and peace have laid strong foundations for continued relations between India and Asian countries.

Vice Chancellor, Prof Ahmad informed the Chancellor that JMI’s Centre for Northeast Studies is already examining the many facets of the policy and will be offering its inputs to the North Eastern Council in the near future.
In line with the discussions held, Prof Ahmad assured the Chancellor that JMI will be happy to lead the workshop to study India and Indian civilization’s influence on other cultures to gauge the role played by India in contributing to other cultures.

The ingredients of a firestorm: how mathematics can be used as a weapon against wildfire

IIHM to host 60 student chefs from the world’s best culinary and hospitality educational...

National News January 18, 2020
0
New Delhi: In a bid to bring young culinary minds around the globe under one roof, the International Institute of Hotel Management (IIHM), in... 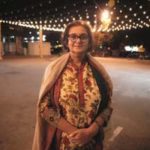 Book & Literature January 18, 2020
0
A moving novel that depicts the inspirations and heartbreaks of the writing life The book launch will also feature Namita Gokhale in conversation with. Shashi Tharoor  and Sonali Khullar Shroff New...

University News January 18, 2020
0
The University congratulates all students who have received offers, either through the latest VTAC round, earlier and subsequent rounds, and the many who have...
© Copyright India Education Diary
MORE STORIES

IIHM to host 60 student chefs from the world’s best culinary...