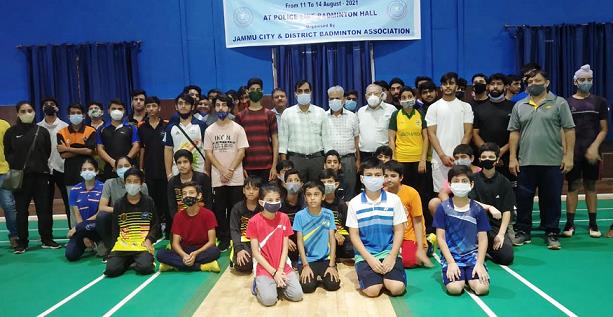 The District Badminton Championship forms the part of the approved calendar of activities for the year 2021-22 and has been coincided with the celebration of Independence Day Sports week under the aegis of Azadi ka Amrit Mahotsav. A large number of players of district Jammu participated in the Championship by duly following covid SOPs.

The Chief Guest stressed the need to identify the hidden talent at the grassroots level by organizing such competitions on regular intervals.

The efforts of the Secretary Sports Council for promotion of sports were also highlighted by O D Sharma, Chairman BAJK.

Those present on the occasion were D V Sharma, vice president JKBA, Balbir Singh, honorary General Secretary JKBA, Some Gupta, besides players and public. The Runner up and the winner of the tournament will be honored on Independence Day at Greenfield Gandinagar Jammu.

Technical University of Denmark: Roskilde Festival is a laboratory for…