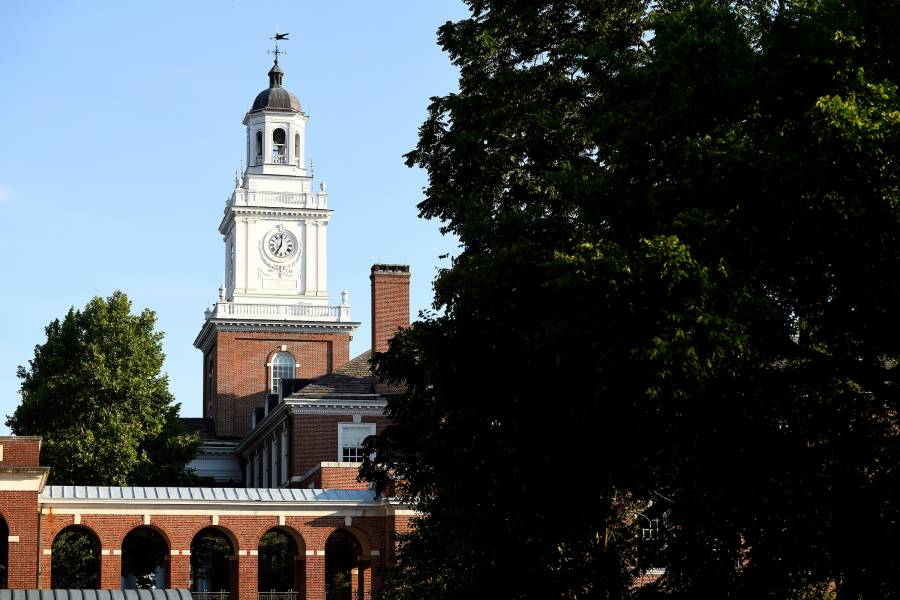 — Although most back pain in space disappears on its own, space travelers are at higher risk for sciatica — a form of back pain that can radiate down the legs.

— Humans can “grow” up to 3 inches in space as the spine adapts to microgravity.

— Stress, trauma and changes in nutrition likely contribute to back pain developed during space travel.

With growing numbers of humans venturing into space, experts predict an increase in the number of people experiencing the physical toll of such travel, including highly common forms of back pain.

The prediction comes in a new report by researchers at Johns Hopkins Medicine, published in the September issue of Anesthesiology, based on a comprehensive review of past studies measuring the effects of space travel on the spine, and exploring methods to prevent, diagnose, and treat back pain. The scientists say further study among astronauts of these methods — including specialized suits and certain exercises — may provide insights for treating back pain in the estimated 80% of Earth-bound people who experience some form of it over their lifetimes.

Steven Cohen, M.D., professor of anesthesiology and critical care medicine at Johns Hopkins and a retired Army colonel, states, “Perhaps more importantly, insight into back pain in space travelers may provide usable information to treat back pain in other populations.”

An Aching Back: A Common Low Gravity-Related Pain

According to the review, past studies of astronauts have shown that 52% of space travelers report some form of back pain in the first two to five days of space travel. That figure is based on a retrospective study of 722 space flights worldwide published in Aerospace Medicine and Human Performance in 2012. The condition is now dubbed “space adaptation back pain,” and although 86% of cases were mild, the pain was enough to hinder an astronaut’s ability to complete tasks.

In addition to the studies among astronauts, a study from the University of Innsbruck in Austria showed that nearly half of military helicopter pilots and crewmembers who experience fluctuating gravitational forces report low back pain. The pilots are almost three times more likely to develop lumbar (lower back) disc herniation — an injury to the soft connective cushioning in the spine — compared with the general population. Astronauts are more than four times as likely to herniate a disc, according to a NASA study in 2010, and the risk was even higher in the first year after returning to Earth.

The Spine Changes in Space

Penchev says the high prevalence of back pain among these groups is understandable because the human spine is built to support our bodies under the gravitational forces experienced on Earth. One prominent feature is the spinal curvature — an S-shaped bend in the spine that allows it to resist gravity, remain flexible and absorb weight and impact. However, in microgravity, this curve is reduced. Some of the earliest data from space explorations, say the researchers, showed astronauts “grew” over 3 inches in space due to the loss of this curve. More recent studies using MRI scans showed modern-day astronauts have a reduced curve in their spine.

“If reduced gravity allows this curvature to straighten,” says Radostin Penchev, M.D., resident physician at The Johns Hopkins Hospital, “this not only could be a cause of acute pain in astronauts, but also could affect the stability of their spine when they return to earth.”

Preventing and Treating Astronauts’ Back Pain

In their review of past studies, the researchers said that along with microgravity’s stresses, other contributors to back pain in space include the intense physical experience of riding in a rocket and a change in dietary habits that could alter nutritional levels in the body and impact tissue health and healing.

Throughout the Space Age, the researchers say resistance exercises — such as isometrics, squats, lunges and bench pressing — have been a mainstay of back pain prevention, and space stations are equipped with exercise machines and other resistance training tools.

“Science fiction has popularized the spinning space station that uses centrifugal force to mimic gravity,” says Penchev. A more realistic and perhaps better alternative, he adds, are specialized suits that provide spinal resistance similar to that experienced under Earth’s gravity.

The experience is similar to donning rubber bands from the shoulders to hips to help activate the muscle groups that keep us standing upright on Earth, say the researchers. The Aerospace Medicine and Human Performance study of 722 space flights showed that the use of such a resistance suit along with exercise regimens relieved space-adaptation back pain in 85% of subjects. However, some astronauts complain these suits are uncomfortable and impair their range of motion.

Other methods to prevent back pain among astronauts mentioned by the researchers include massage, nutritional supplementation to increase vitamin D and caloric intake, neuromuscular electrical stimulation, and negative pressure devices, all paired with resistance exercise.

To combat the intense vibrations and speed of riding rockets into space, Cohen, Penchev and their team believe that engineering space vehicles to improve impact protection for the flight crew and align the forces of acceleration and impact with human anatomy could reduce the number of astronauts experiencing long-term back pain or injury.