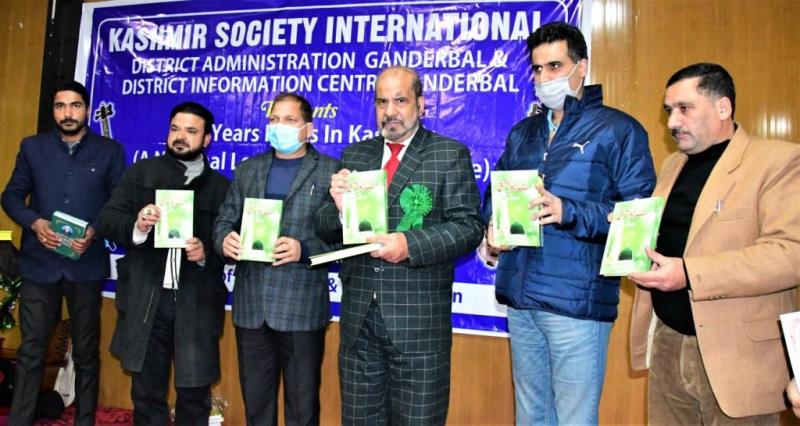 The sufiyat conference was presided over by Deputy Commissioner (DC) Ganderbal, Shafqat Iqbal and Chairman KSI, Khwaja Farooq Renzushah was also present on the occasion.

The Deputy Commissioner appreciated Renzushah for promoting literature of love and high valued knowledge among the masses and selecting Ganderbal for holding such a prestigious conference on Sufiyat.

He said that Sufiyat has hundreds of years of roots in Kashmir and the time has come to revive this ideology of love and mutual brotherhood.

The DC was highly impressed with the Sufi Content of Sufi books of Hundreds of Authors and called them true Glittering stars of Knowledge of Kashmir.

He said that Kashmir has been shaped as a proud society by Great Sufi Awaliyas and the District administration will play its role to keep their memories of love alive.

The Chairman, KSI underscored the importance of Ganderbal in producing Sufi literary knowledge during the last 700 years.

He said that unfortunately during the last 70 years Sufi literature was the biggest casualty and more than 72 lakh books were either destroyed in series of fire incidents in various khankah’s or deliberately kept out of circulations which gave free space to most unwanted literature causing a sense of disunity and divisions in the society.

The DC presented Certificate of Honour to prestigious Authors on the occasion including those who presented spiritual music.