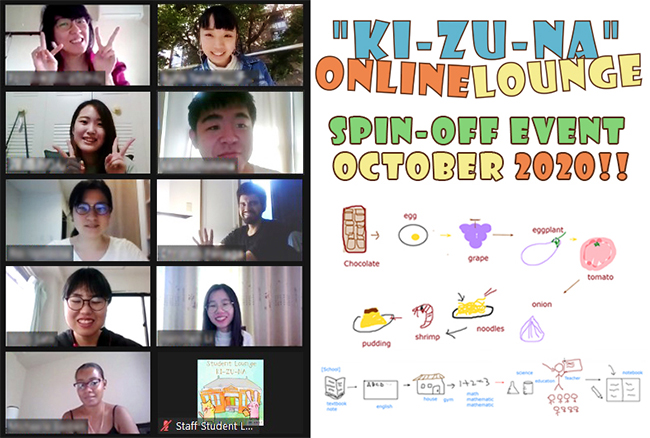 The “Picture Guessing Word Chain Game” is a variant of shiritori, a traditional Japanese game in which players take turns coming up with words that begin with the final letters of preceding words. In the October events, instead of speaking words, participants drew pictures using Zoom’s virtual whiteboard, depicting objects or ideas whose names began with the final letters of what they thought was drawn by the previous player.

Facilitated by KIZUNA’s student tutors, the sessions on both days went smoothly and at a relaxed pace, with everyone having fun and making new friends from all over the world.