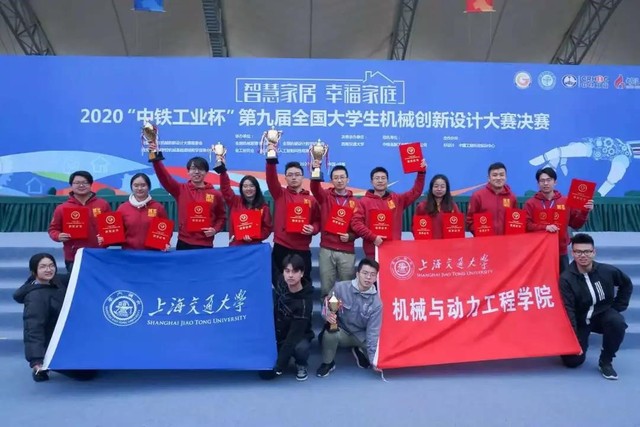 The final of the 9th University Mechanical Innovation Competition (UMIC), themed under “Smart Home, Domestic Bliss”, was held at Southwest Jiaotong University from November 20th to November 22nd. Students from 678 universities from 30 provinces (including municipalities directly under the Central Government and autonomous regions) participated in the competition and a total of 4719 qualified projects were received in the preliminary session. Students of SJTU won 3 first prizes (the highest award in the competition) and 2 second prizes.

University of Leeds: Academic seeks to ‘open physics to the…

University of Leeds: Leeds wins funding to open up…

The school-level selection of projects in SJTU was led by the School of Mechanical Engineering and guided by the Youth League Committee of SJTU. The competition lasted nearly one year. During the preparation, experts and professors were invited to provide guidance and support for students. In the final round of the national competition, SJTU students showed their talent and won glory for their alma mater with excellent innovation projects and onstage performance.

Establishment of School of Education Marks a New Journey of SJTU

University of Leeds: Leeds team to study impact of cannabis-based drug on most lethal…