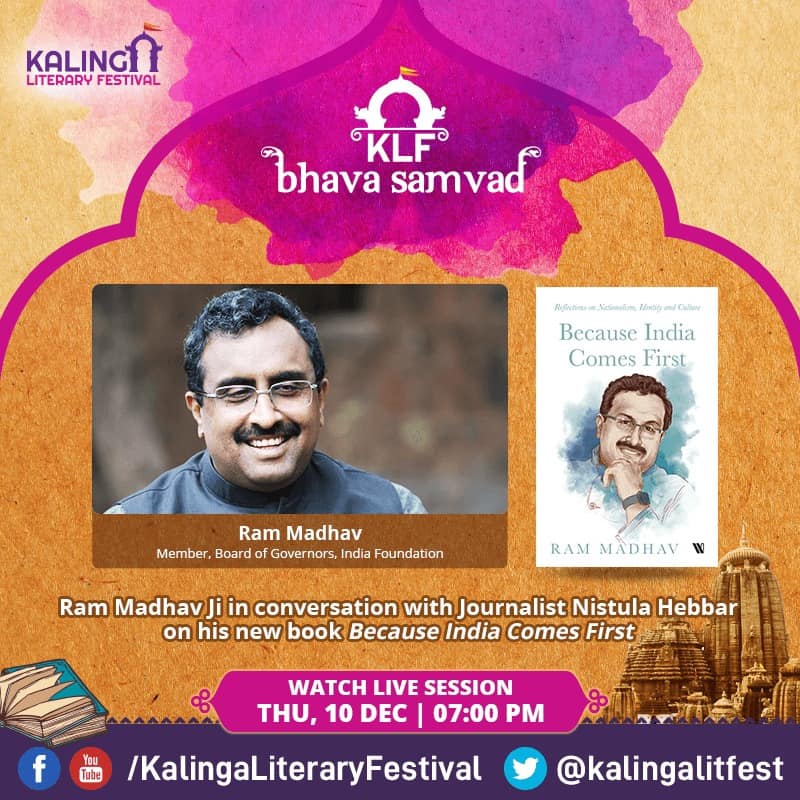 Drawing from his years of involvement in politics, Ram Madhav’s essays discuss a range of issues that are at the heart of contemporary debates in India: democracy as the responsibility of the head of state, rule of law, peace and public order, Mahatma Gandhi and Gandhi-ism, Ambedkar’s ideals, empowerment of women, Indian judiciary, the Ram Janmabhoomi case, abrogation of Article 370, the legacies of Atal Bihari Vajpayee and Arun Jaitley, and Prime Minister Narendra Modi’s learnings in governance.

‘Because India Comes First’ also delves into the decisions made by the BJP-led government over the last few years, diplomatic relationships with India’s neighbours and the confrontations with China. Madhav enquires into Indian policymaking and asserts that, going ahead, it must put India first. He calls out liberal fascism, de-constructs our understanding of terrorism in India, argues that opposition to the Citizenship (Amendment) Act is intellectually dishonest, explores how learnings from Black Lives Matter can be applied in the Indian sphere and explains why protests should be rooted in Martin Luther King Jr.’s non-violent approach and not anarchy. The essays in this volume weave a broad tapestry of India’s growth into a soft power, and predicts how it will shape up over the next few decades. A must read for those who believe in the new idea of India, and for those who accept that there are two sides to every debate. He will be seen in conversation with journalist Nistula Hebbar on 10 December at 7 pm.