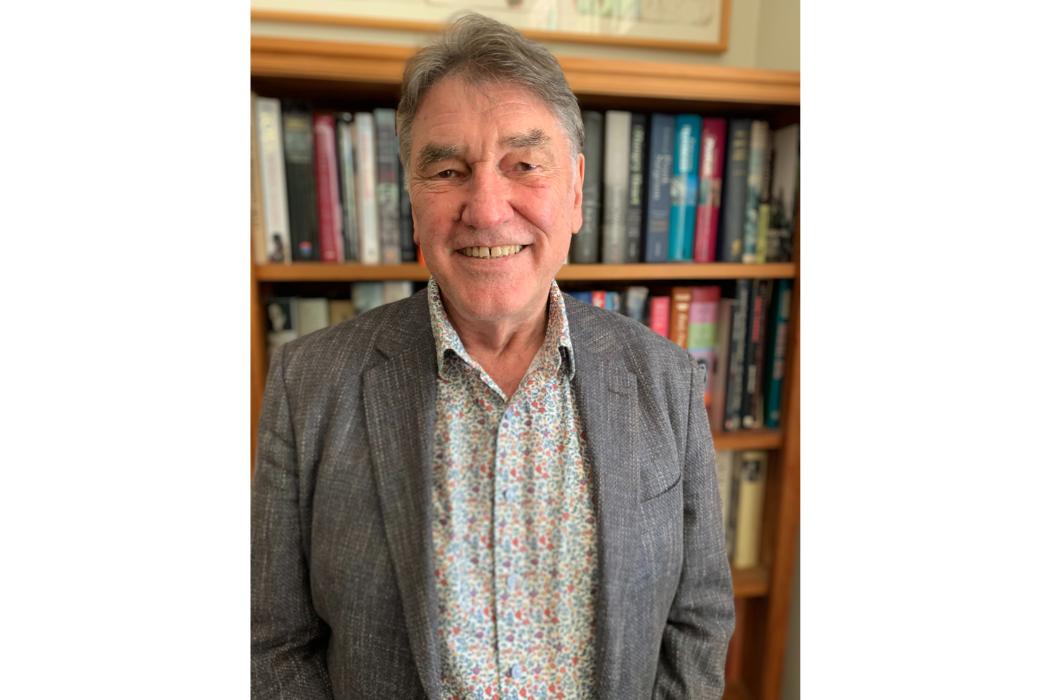 Prolific author, editor and curator Dr Peter Simpson, who has written and edited over 20 books celebrating this country’s art, literature and cultural history, will receive an honorary Doctor of Letters (honoris causa) from the University of Canterbury (UC) at a graduation ceremony on 18 December.

Dr Simpson graduated from UC in 1964 (MA Hons) and joined UC’s College of Arts faculty from 1964 to 1968, and again in 1976 to 1987 after returning from Canadian universities, Toronto and Carleton, Ottawa.

“The University of Canterbury was a big part of my life in the 1960s when I was a student and young lecturer; then again in the 1970s and 1980s when I returned from overseas to teach there,” Dr Simpson says.

“Above all, the university gave me experiences and skills and set directions which as a writer, scholar and teacher I have followed ever since. For that I am deeply grateful, as I am for the completely unexpected but gratifying recognition signified by this degree.”

His first ventures as an editor were Ronald Hugh Morrieson (OUP, 1982) and Look Back Harder: Critical Writings by Allen Curnow (AUP, 1987), and as a writer Selected Poems by Kendrick Smithyman (AUP, 1989). These were followed by many more books, capturing and exploring the work of notable poets, painters and publishers, such as James K. Baxter, Colin McCahon and Leo Bensemann.

As director of The Holloway Press Dr Simpson published some forty titles. As a reviewer and writer he published over 100 articles in publications ranging from the New Zealand Herald to the Journal of New Zealand Art History, and The Listener, Landfall, New Zealand Books and Art New Zealand.

Turning to fine art, Dr Simpson has curated exhibitions, including touring exhibitions, on Colin McCahon and Leo Bensemann. A former member of the McCahon House Trust and the Michael King Trust, he continues to serve on the Research Committee for the Colin McCahon Research and Publication Trust.

“Peter Simpson is a very deserving recipient of this honour,” UC Tumu Kaunihera | Chancellor Sue McCormack says. “Following a long and successful academic career, he has continued his literary and scholarly pursuits in retirement. His recent works on New Zealand artists, including Colin McCahon, have been well-received and are noteworthy for being accessible to the general reader.”

In 2017 Dr Simpson was awarded the Prime Minister’s Award for Literary Achievement (non-fiction).  In 2018 he received a Creative New Zealand grant to write a two-volume study on Colin McCahon for his centenary in 2019. Dr Simpson also served as Labour MP for Lyttelton from 1987 to 1990. He has been married to his wife Helen since 1967; they have two adult children and three granddaughters.

Honorary doctorates are awarded to UC alumni or other members of the community with whom the University has a substantial association, recognising those who have made outstanding contributions to their field of endeavour, to the wellbeing and betterment of society or to cultural development and understanding within the wider national and international community.

Staggies new signing with the University of the Highland and Islands