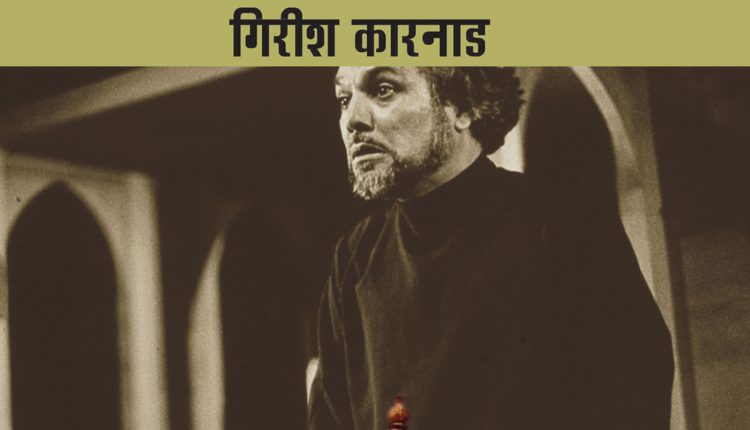 Listen to play and drama as audiobook on Storytel

New Delhi: There is always some message, some theme, that expressly or implicitly manifests itself in various art forms that exist in the world today. Story telling definitely figures as one of those arts which captivates its audience whether they happen to be readers, viewers or listeners. Every person can recall at least once in life being told a story that spellbound them and took them along into a different world. The world of imagination that almost makes one believe having lived the story told.

Storytel therefore immensely understands the sheer joy of its listeners and greatly values it. Also, which is why, Storytel, a pioneer in audiobook streaming remains the most preferred amongst people.

Since the recent pandemic, like any industry the theatre and drama performances have taken a hit. The artists as well as the audience are missing the good old days of live performances. But the spirit of art has always been that in the face of all hurdles and hardships it offers hope and zeal to continue and thrive, which is to say that no matter what the show must go on.

Storytel brings plays as audiobooks for theatre and drama enthusiasts. A play through the medium of an audiobook that gives an experience to the listeners as if they were present right in front of the stage witnessing the story unfold.

The response of people towards the audiobook plays has been great and uplifting. People are curious about the plays, and a lot of queries are sent by the subscribers.

The catalogue has two kinds of plays – printed and staged plays for which audio rights are acquired and the plays written directly for audio.

The catalogue has been made diverse and contains classic and contemporary plays. It includes Tughlaq by Girish Karnad, Khamosh Adalat Jaari Hai by Vijay Tendulkar, Jis Lahore Nai Dekhya O Jamyai Nai by Asghar Wajahat, Dhruvswamini by Jaishankar Prasad, and many more.

The popularity of these plays is such that it draws everyone. Tughlaq by Girish Karnad is one of the greatest plays on Indian stage. Khamosh Adalat Jaari Hai has been performed in almost all Indian languages. Dhruvswamini has a strong female protagonist. Jis Lahore Nai Dekhya O Jamyai Nai is about partition.

Buniyaad by author Manohar Shyam Joshi was produced as a play using the screenplay published by Vani Prakashan.

The narrators of various audiobooks had a great experience. The audiobook plays were recorded under the supervision of the greats of the Indian theatre like Bharti Sharma.

Theatre actor/director Priyanka Sharma sharing her experience of recording the plays for Stortel said, “ Working for an audiobook was a very great experience. Most of us work in audio visual medium and on stage or in a film and hear voices and see pictures; but here the challenge for an actor was to create his own sound in such a way that a picture is formed in the mind of the listener. When the voice is heard that this is the story of Raju, then the picture of a boy named Raju should come in the mind of the listener. The hardness or softness of that character should be known by the texture of his voice. Through breath and sound fluctuations the state of mind of the character should be known. Getting this impression is very interesting and challenging for any artist. That is why it is fun to work in this medium that every day there is some new challenge. And I think it is very interesting and refreshing for the listener as when we hear that Raju went to his room, a picture of the room is immediately formed in the mind and the picture is formed by the listener’s own experience, so the listener can see Raju in the room. Here the imagination of the listener comes in handy that how he makes Raju’s room by going to his own memory box. That’s why I think it has been a great experience for all of us to work like this, give challenge to ourselves and create a different kind of content for the listeners.”

A wide range of popular and famous plays are being provided in audiobook format by Storytel and of various genres which include classic, modern, crime, business, history, etc. Visit the Storytel website to listen to sample audio of the audiobooks.