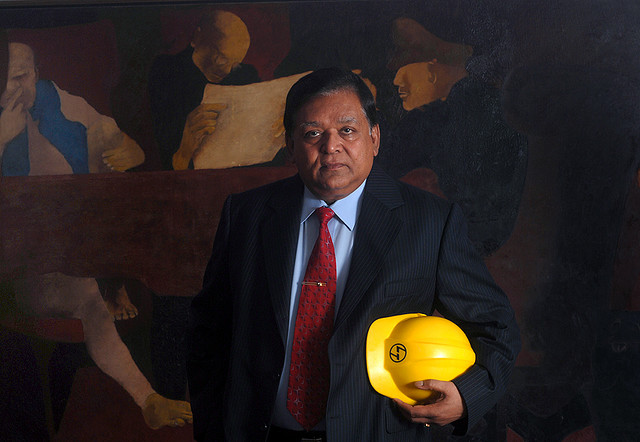 New Delhi: Shri A.M. Naik has been appointed as Chairman of National Skill Development Corporation (NSDC) by the Ministry of Skill Development and Entrepreneurship. Currently Shri Naik is the Group Chairman of India’s biggest engineering and construction conglomerate – Larsen & Toubro Limited (L&T). He is one of the most respected management professionals in the country. His years of successful stewardship have resulted in building L&T as one of the strongest global businesses.

Making the announcement, the Minister of Petroleum and Natural Gas & Skill Development and Entrepreneurship Shri Dharmendra Pradhan said that Shri Naik epitomizes core values of a successful leader – strength, innovation, ingenuity, knowledge and foresight – values that are imperative to the success of any development initiative in today’s economy. His standing in the community of industrial leaders will strongly enhance the industry connect. His vast experience will take NSDC to greater heights. Shri Pradhan said “I am confident that this organization under his leadership, apart from its engagement in executing skilling modules, should also be a think tank providing direction and necessary guidance for creating a demand based skilling ecosystem in the country.”

Commenting on his appointment, Mr. A.M. Naik said, “NSDC has developed a unique model combining skill development with strong industry partnerships. I am pleased at this opportunity to contribute towards our common vision of a high skill, high value added economy that offers opportunity to all.”

The appointment of Mr. Naik as Chairman of NSDC underscores the importance attached by the Hon’ble Prime Minister of India Shri Narendra Modi to skill development. As the Prime Minister has repeatedly stressed ‘skilling brings a sense of self confidence to the poor. Matching job creation with industry demand is the key to end unemployment. It is envisaged that in the future, India will be the biggest supplier of workforce to the world.’

Shri Naik was awarded the Padma Bhushan, India’s 3rd highest civilian award in 2009 for his outstanding contribution to the economic growth of the country.

NSDC is a unique public-private-partnership, working under the aegis of the Ministry of Skill Development & Entrepreneurship. NSDC aims to promote skill development by catalyzing creation of large, quality and for-profit vocational institutions. The organisation provides funding to build scalable and profitable vocational training initiatives. It also develops appropriate models to enhance, support and coordinate private sector initiatives. NSDC supports short-term skill training through a wide network of training providers and district nodal skill centres called Pradhan MantriKaushal Kendra (PMKK). Besides, the organisation is involved in re-skilling and also in catering to the skilled manpower requirement of overseas markets, most notably that of Japan (under TITP) and UAE.