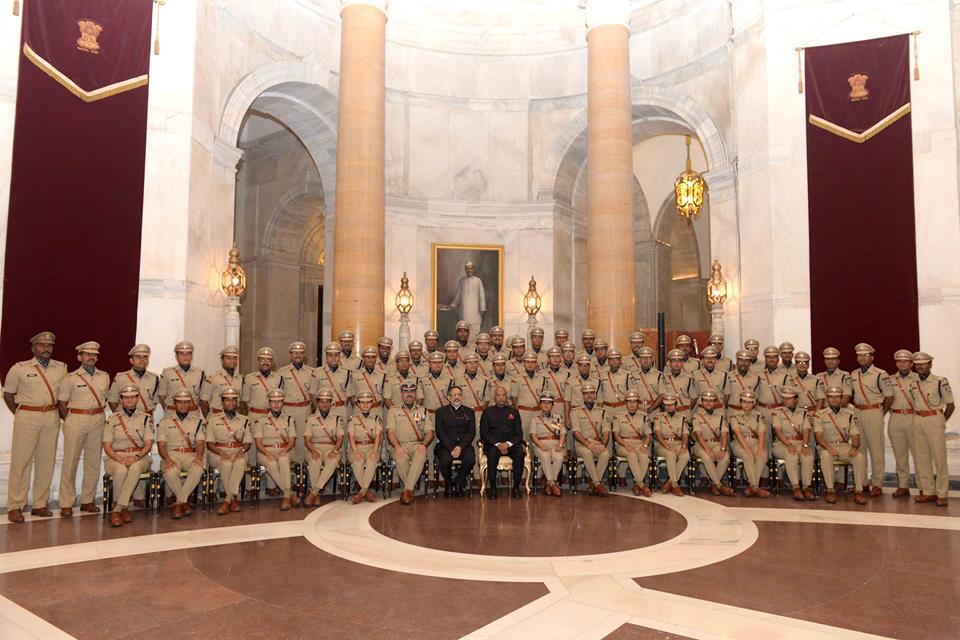 Your mandate is to uphold rule of law in our democratic polity, says President to IPS trainees

New Delhi: A group of officer trainees of the 69 RR (2016 Batch) of the Indian Police Service, from the Sardar Vallabhbhai Patel National Police Academy, called on the President of India, Shri Ram Nath Kovind, today (November 13, 2017) at Rashtrapati Bhavan.

Addressing the officer trainees, the President said the Indian Police Service is one of the pillars of our national administrative system. As members of an All-India Service, they will no doubt serve in individual states – but they will represent a national idea. Their mandate is to uphold a common concept of the rule of law and of our democratic polity. In that sense, they are guardians of not just public order and honest conduct – but of the majesty of the law. The President called upon the officers to discharge their duties without fear or favour, and without time delays. He stated that as professional civil servants, they should be unafraid to give the political executive honest and unbiased advice. Their holy book and their constant guide must be the Constitution.

The President said that technology is both a challenge and a tool for policing. While it expands avenues for crimes, technology also allows the police to do its duties with greater efficiency. It allows the citizen to interact with the police force – and even to lodge a complaint – from the comfort of his or her home and computer or mobile phone. He called upon the officer trainees to encourage this process. He stated that the ideal police system is one where the citizen gets his due service from the police without needing to visit the police station.