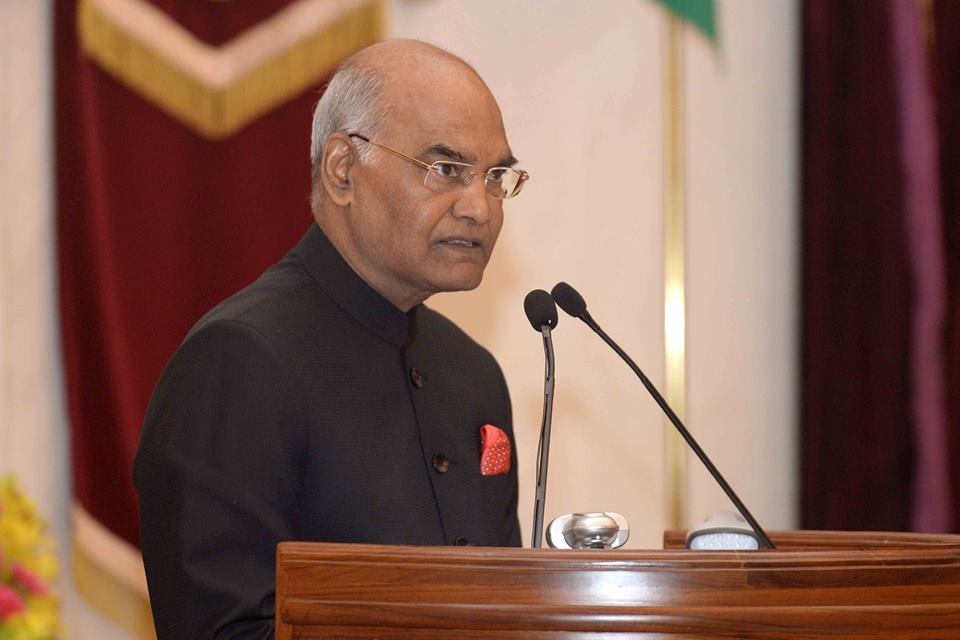 Addressing both groups of probationers jointly, the President said that their selection was a personal achievement for them, and their career ahead was full of possibilities for public service. In their own ways, they would serve the country and its 1.3 billion people, and play a crucial role in services that helped make India strong and secure.

The President said that the strength of a nation is assessed not only by the might of its defence forces but also by the strength of its economy. Economies today operate in an increasingly integrated world where nations compete for a share of global markets and trade. While we have done quite well in promoting trade in the past two decades, there is a lot more to be achieved. In the mid-18th century India had almost a 25 per cent share of global industrial output. It held a prominent share in global trade. Today, our country’s share in global trade is around two per cent.

It is Indian Trade Service officers, the President said, who will play an important role in ensuring that our country regains its strong position in the global trading order. As officers their role should no longer be that of trade regulators alone, but they should emerge as trade facilitators. With their knowledge of economics and trade-related operations, they can improve our trade negotiations, suggest trade-friendly policies and initiate procedural simplifications that can facilitate trade.

Dr. Jitendra Singh emphasises on prevention of diabetes in youth

Your mandate is to uphold rule of law in our democratic polity, says President to IPS trainees