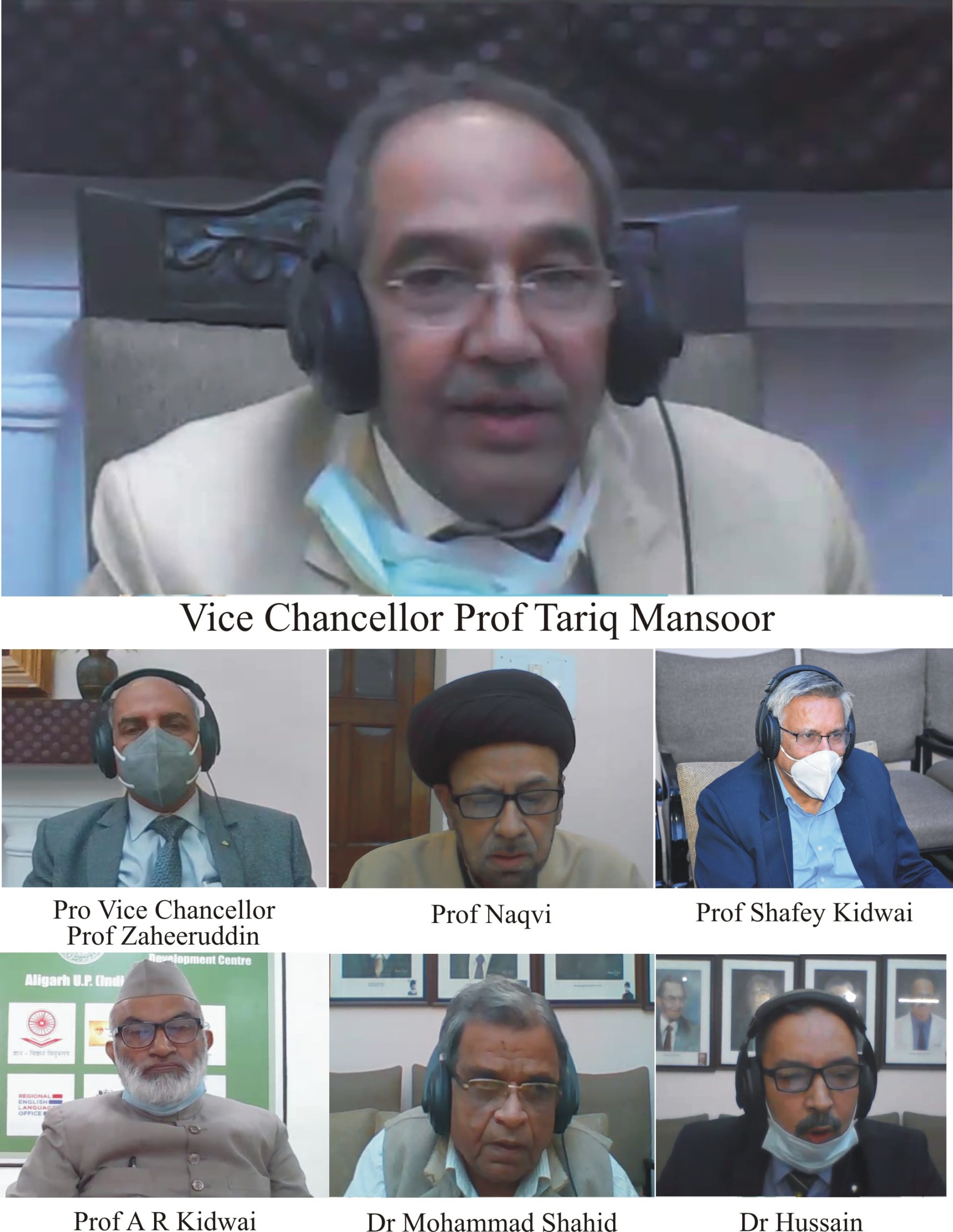 Speaking on Altaf Ahmad Azmi’s Tafheem-e-Sir Syed; Prof AR Kidwai (Director, UGC HRD Centre) said that the author has rightly presented Sir Syed’s view on scientific knowledge, which he argued was pivotal for the progress of Indians of all religious backgrounds.

“The book gives details on how religion was one of the most important themes in Sir Syed’s large corpus of writing. It gives an understanding on Sir Syed’s quest to reform the Muslim community, which motivated him to work on the exegesis of the Holy Quran and to provide comparative framework for his arguments against dogmas,” said Prof A R Kidwai.

Tafheem-e-Sir Syed has information on matters of social practice, plaguing the society, which led Sir Syed to seek religious guidance and clarifications from the Quran and the Hadith, he asserted.

Giving a review of Maqalat-e-Sir Syed Vol. 1 by Maulana Ismail Panipati; Prof Shafey Kidwai said Sir Syed was a prolific writer and one is over-whelmed to see to the huge literature he has left.

He added that Maulana Ismail Panipati’s book not only makes some of Sir Syed’s literature more accessible, but it also presents the error free version of the previous publication.

“This book gives details of the names of authors such as Joseph Edison and Richard Steel among others, whose important works were translated by Sir Syed. The book also gives information on the articles of Kashinath Khatri, which were published wrongly in Sir Syed’s name,” said Prof Shafey Kidwai.

He added that a book on the history of Muhammadan Anglo Oriental College will also be released soon.

Presiding over the function, AMU Vice Chancellor, Prof Tariq Mansoor said that the Sir Syed Academy has come up with new inquisitive ways to provide understanding on the works of Sir Syed.

He emphasised that Sir Syed Academy and Dara Shikoh Centre for Interfaith Understanding and Dialogue of the university can be hugely beneficial with their outreach programmes.

The Vice Chancellor stressed the need of starting interdisciplinary Ph.d programmes in the Sir Syed Academy and translation of important books in Hindi, English and various Indian languages.

Prof Mansoor said that it is the need of the hour of produce books from AMU, which will be beneficial both for the author and the institution.

In the welcome address, Prof Ali Mohammad Naqvi (Director, Sir Syed Academy) informed that there are plans to turn the Sir Syed Academy into a research centre. He further called upon institutes all over the country to publish books on Sir Syed.

Dr Syed Hussain Haider conducted the programme, while Dr Mohammad Shahid extended the vote of thanks.