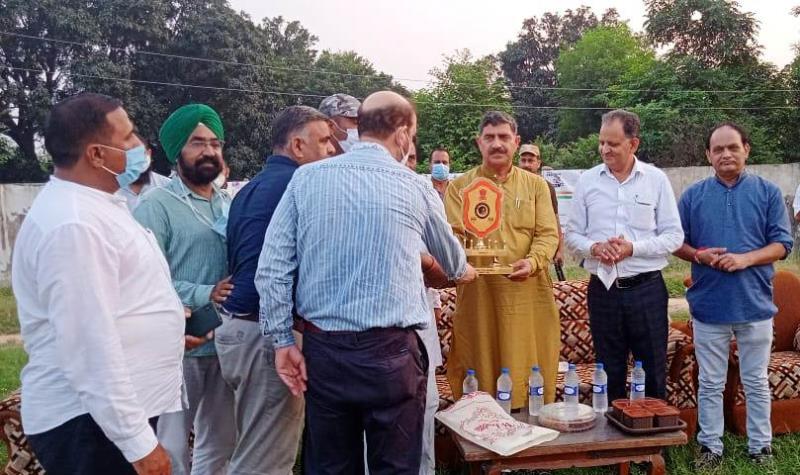 Around 150 members of Youth clubs and Mahilla mandals ex-Volunteers and Volunteers of District Samba participated in the run. The main objective of the programme was to motivate cheer and express solidarity on celebration of 75 Years of India’s Independence.

Chief Guest, MP Jugal Kishor Sharma administered the fitness pledge to the participants amid chanting of slogan “Fitness KI Dose adha ghanta roz.” He recalled the contribution of freedom fighters in winning freedom to India. He shared his words & Wisdom and his connection with NYK in past and motivated the youth to participate in the fitness related activities. He thanked Nehru Yuva Kendra Jammu for organizing the mega event which inspired the Youth for nation building activities and promised to be part of future NYKS Programmes.

Earlier, the programme started with welcome Speech by Nisar Ahmed Butt. He highlighted 75 years of India’s Freedom, remembered the freedom fighters and their contribution towards making India Free. He enlightened the youth about the NYK activities and motivated them to take part in sports to maintain their physical and brain health.