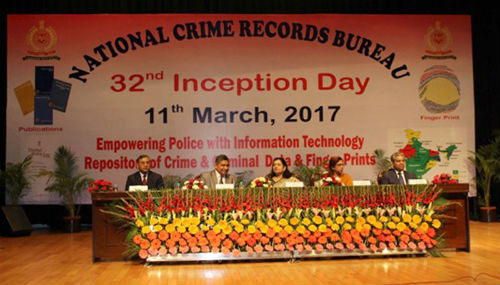 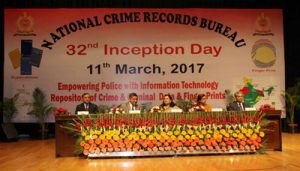 On the occasion, Smt. Archana Ramasundaram acknowledged the progress made in CCTNS and expected NCRB to provide the platform for better Police services through CCTNS and upcoming Interoperable Criminal Justice System (ICJS). She requested the Director, NCRB Dr. Ish Kumar, to take up with all the State DGsP to fill up the vacancies of finger print staff and provide them with adequate resources. She also suggested to commission some research studies for effective usage of data for better policing. NCRB has a huge mandate linked to effective policing and its staff has to ensure that CCTNS succeeds and a citizens are benefitted by effective Policing, she added.

Dr. Ish Kumar said that NCRB should take leap forward and become a centre of excellence for Criminal Intelligence System through IT services and Finger Prints. He said that the Bureau will establish new research wing partnering with esteem institutions. The new subjects in training will be introduced for Indian and Foreign Police Officers, he added. Dr. Ish Kumar said that the Ministry of Home Affairs has started a new project of ICJS where all the pillars of criminal justice system will be linked. He said that the data analysis should lead to predictive policing. He also informed that NCRB has won Digital India Award 2016 for digitizing and uploading ‘Crime in India’ on Opensource Govt. Portal since 1967. He said that NCRB has been training Indian and Foreign Police Officers from more than 20 countries since 1990 and till date more than 40,000 Police Officers have been trained.

Smt. Archana Ramasundaram gave away Republic Day & Independence Day Police Medals to Shri R.B. Singh, Shri S. K. Saxena, Shri P.S. Gulati and Shri Sanjay Chakraborty, for meritorious services announced by the Government of India. Commendation Certificates were also given to the 14 NCRB officers for excellence in development of Mobile Apps, Establishing CCTNS instance for Rajasthan, Developing the software for Crime in India and other publication, CCTNS Testing and locating Missing Children with the help of Talash Software.

NCRB is mandated to empower the Indian Police with Information Technology and is responsible for collecting, maintaining and analysing the crime data of the country. It facilitates Investigating Officers with updated IT tools and information in Investigation of Crimes.

Senior officials of NCRB, CPOs and Former Directors General of NCRB were also present on the occasion.