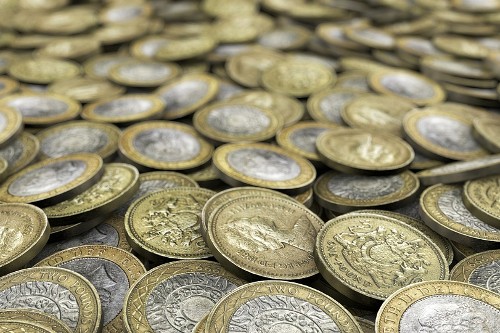 One in six UK households (4.4 million) are now in ‘serious financial difficulties’, compared to one in ten (2.8 million) in October 2021 – an additional 1.6 million households, according to a survey analysed by academics at Bristol’s Personal Finance Research Centre.

This is worse than any point during the pandemic. Of those 4.4 million in serious financial difficulties, to make ends meet 71% have reduced the quality of food they eat, 36% have sold or pawned possessions and 27% have cancelled or not renewed insurance.

Half of all households (51%) now consider their overall financial situation to be worse than at the start of the pandemic. When the same question was asked in October 2021, just one third thought their situation had deteriorated since March 2020.

The Coronavirus Financial Impact Tracker, commissioned by the abrdn Financial Fairness Trust and analysed by experts at Bristol, has been monitoring the personal finances of households since the start of the pandemic (sample around 6,000 people).

Researchers found people were using a variety of methods to tackle rising energy bills, since the start of January 2022:

31% had reduced the number of showers/baths taken.
60% had avoided turning on the heating.
33% had reduced use of the cooker/oven.
24% had heated only part of their home.
Just under one in five (18%) households had not undertaken any of these actions, meaning that the vast majority (82%) had tried to do at least something to counteract rising energy prices.

Another way people are trying to reduce outgoings is reducing their pension savings. 21% of those for whom their main income is from the ‘gig economy’ had stopped or reduced pension contributions. The numbers are lower for those who are self-employed (12%) or have at least one earner (9%), however, even these lower figures could have long-term significance for financial resilience.

The research shows some geographic variation in rates of households in serious financial difficulty. While overall 16% of UK households are in serious difficulties, this rises significantly to 22% for Wales, 21% for Scotland and 20% for the North East of England.

Looking to the next three months:

One measure the government introduced (in March 2022) to help with rising energy bills was the ‘Council Tax Rebate’, a refund of £150 of council tax to households living in properties in council tax bands A to D. The research indicates the reduction may not be reaching all those who needed it most. A similar proportion of households in serious financial difficulties (40%) reported receiving the rebate as those in a ‘secure’ financial position (41%). In addition, as much as a quarter (26%) of households with a gross annual income of over £100,000 reported receiving the rebate.

Professor Sharon Collard, Chair in Personal Finance at Bristol, said: “Lots of people are cutting back to cope with the cost of living crisis. What really surprised us was how many people are cutting back and the variety of methods. What is particularly worrying is that people are potential storing up future financial problems for themselves, by cancelling insurance or cutting their pension contributions.”

Mubin Haq, CEO of abrdn Financial Fairness Trust, said: “The latest findings from our survey starkly show that people are facing a significant squeeze to their finances. This is the first substantial deterioration we have seen since tracking people’s finances when the pandemic started. Times are tough for everyone, but it’s those on the lowest incomes who are particularly feeling the effects of rising prices. Many of the measures brought in by the government were welcome and generally well-targeted though as our analysis shows that is not always the case as highlighted by the council tax rebate. More worryingly these are short-term remedies.

“Wages have largely stagnated and are no longer keeping pace with inflation and social security is lower in real terms than it was over a decade ago. A more comprehensive and longer-term plan is urgently needed to ensure living standards do not sink even further.”