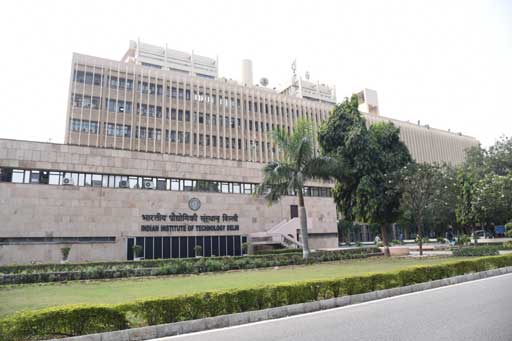 New Delhi: The President of India, Shri Ram Nath Kovind, released the India Rankings for the year 2019 based on the National Institutional Ranking Framework (NIRF) at a function held in New Delhi on Monday (April 8, 2019).
Indian Institute of Technology (IIT) Delhi has improved its rankings in the Engineering as well as Overall category.
In Engineering, IIT Delhi jumped to No. 2 position in 2019 with a score of 85.36. In 2018, it held No. 3 position.
IIT Delhi has scored highest in Research and Professional Practice parameter (Engineering category), with a score of 96.18 among the top three institutions.
Research and Professional Practice parameter consists of quality and quantity of publications, IPR and Patents along with some industry footprints.
In the Overall ranking, IIT Delhi is now ranked 3rd with a score of 78.69. In 2018, it was placed at No. 4.
In a tweet posted on Tuesday, HRD Minister Shri Prakash Javadekar congratulated IIT Delhi for its ranking in the Overall category, “Congratulations to @iitmadras, @iiscbangalore & @iitdelhi for emerging as top three institutions in the Overall category in the India Rankings 2019 #NIRF.”
Speaking about the improvement in IIT Delhi’s ranking Prof V. Ramgopal Rao, Director, IIT Delhi, said: “We are happy that IIT Delhi improved its NIRF ranking by one more position this year and ranked #2 in Engineering. In the last two years we have moved from the 4th position to the 2nd position. This is a reflection of the various measures we have taken at IIT Delhi to improve our outreach activities as well as the research ecosystem. A significant enhancement of research facilities has taken place at IIT Delhi in the last couple of years including initiation of major infrastructure projects.”

He added, “My hearty congratulations to our faculty, staff, alumni and the students. My special thanks also to the media for playing a positive role in highlighting the institute’s achievements to the general public. We also wish to thank MHRD for supporting our initiatives in various ways.”

The NIRF is an initiative of MHRD and launched by Honourable Minister for Human Resource Development on 29th September 2015. This framework outlines a methodology to rank institutions across the country.