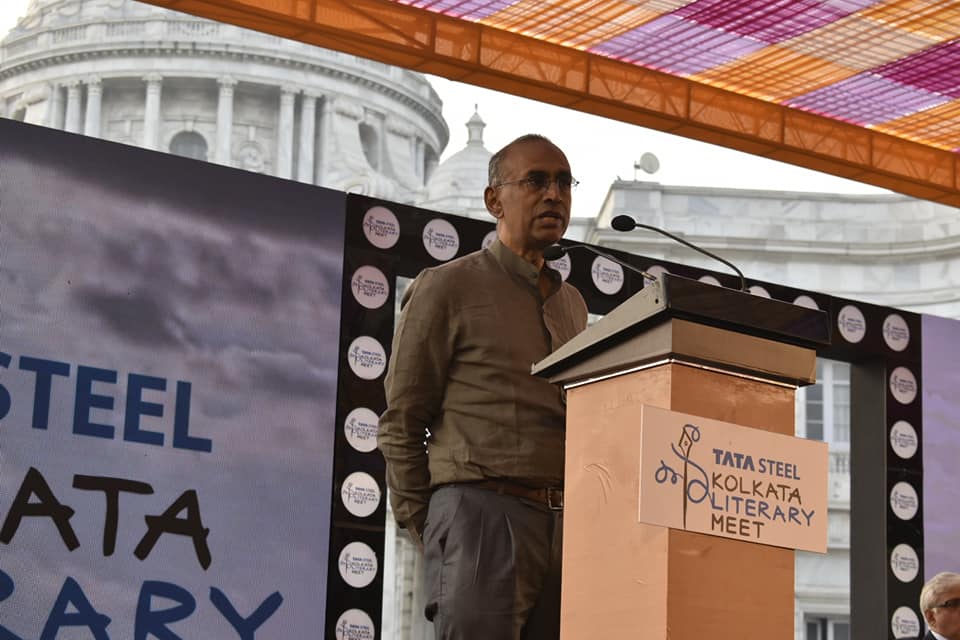 Kolkata, January 22, 2019: The 5th edition of Tata Steel Kolkata Literary Meet was inaugurated at the lawns of the iconic Victoria Memorial here today by Noble Laureate and President of The Royal Society, Dr Venkatraman Ramakrishnan.

In his inaugural address, Dr Venkatraman Ramakrishnan spoke of the divide between humanities and science and outlined the progress in the world that has been made possible through application of science, technology and innovation. In the same vein, he noted that “science also has a lot to learn from humanities through intermingling of ideas.”

He said there was enough evidence in history to prove that objective, scientific and technical knowledge were ingredients that made a nation rich. Nations that were resource-rich but knowledge-poor continued to remain poor.

Speaking on the occasion, Mr Chanakya Chaudhary, Vice President, Corporate Services, Tata Steel, spoke of how the steel major connects with the community through literary events, arts and sports. He informed the gathering that, following its association with the Kolkata Literary Meet which began a few years ago, Tata Steel has begun to sponsor literary meets in the states of Jharkhand and Odisha.

Dr Jayanta Sengupta, Secretary and Curator, Victoria Memorial Hall, described the event as a “six-day extravaganza” whose objective was to dazzle, engage, entertain and also challenge the mind.

The Tata Steel Kolkata Literary Meet 2019 will come to end on the evening of January 27, 2019 with a sarod recital by Ustad Amjad Ali Khan at the main steps of Victoria Memorial.

Young people must strive to serve the less fortunate and learn to be empathetic to needs and sufferings of fellow citizens: Vice President