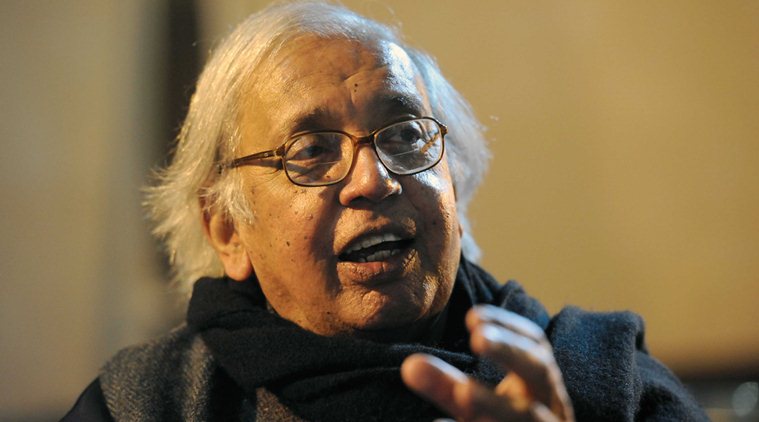 · Over 100 literary stalwarts including poets, writers, performers, musicians, dancers to join Mystic Kalinga Festival
Bhubaneswar: Noted poet Ashok Vajpeyi, Harihar Mishra to be conferred with Prestigious Mystic Kalinga Literary Awards. This was informed by the Mystic Kalinga Festival, Director, Mr. Rashmi Ranjan Parida. The award has been instituted to recognize and celebrate three prolific writers, poets and performers in Odia, in one Indian language and in one international language. The awardees have been chosen keeping in mind their contribution to their specific language and genres.

Ashok Vajpeyi is a noted Hindi poet, critic, essayist and translator, and a dynamic presence in the Indian cultural scene. Writer, cultural activist and ex-civil servant, he has played a vital role in building numerous arts institutions. He is the author of thirty-eight books of poetry and criticism in Hindi and the founder/editor of eight journals in Hindi and English. He is the recipient of the Sahitya Akademi Award (1994) for his book Kahin Nahin Vahin, the Agyeya Rashtriya Samman (1997) for his contribution to Hindi literature, the Officer’s Cross of Merit (2004) from the Republic of Poland, and the Officier de L’Ordre des Art et des Lettres (2005) from the Republic of France, among others. 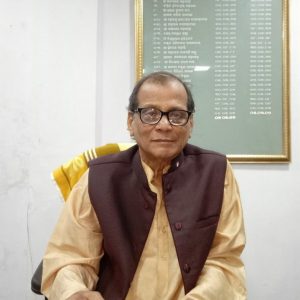 University of Toronto: Mississaugas of the Credit First…

Apart from that, Prateek research and write about Odisha’s ancient culture on the lines of mythology, the arts and ethnomusicology. The core of my work is to elevate the power of digital mediums like YouTube and Twitter and through them breathe new life into endangered traditions, backed with rigorous research. He is using technology to empower language and preserve culture — he has been using Wikipedia, Medium, Twitter, YouTube and every other tool at his disposal to do his bit to preserve Odisha’s dying art forms. He has not just digitized over 70 Odia-language poetry dating early 18th century but has also annotated, both poetic and prosaic translation in his blogs “Sri Jagannatha” and “Utkal Sangeet”. He has also brought a complete book “Kisora chandranana champu” on Odia Wikisource. He has also digitized 18-19th century 54 poem written by various poets.

It should be noted that for the last three years Mystic Kalinga Festival has set a global benchmark in literary festivals. This year more than 100 celebrities from the worlds of literature, music, cinema, dance, theatre will assemble in the temple city of Odisha to deliberate on the theme of “FROM THE CARNAL TO THE COSMIC: A Celebration of Bhakti Poetry” at the Mystic Kalinga Festival: A Festival of Verse, Music, Dance and Discussion to be held in Bhubaneswar and Chilka from January 5th to 7th 2019.

Mystic Kalinga Festival (MKF) returns to the temple city, smart city, the sports city and the city of culture and spirituality, the capital city of Bhubaneswar. During the three days in the first week of the New Year, the city will witness hundreds of renowned poets and creative artists reciting and performing at the event. Eminent writers and Odisha’s Living Legends like Shri Sitakant Mahapatra, Shri Ramakanta Rath, Smt. Pratibha Ray et al will join the festival as Guests of Honour and speakers.

Renowned writer Hindi poet and critic Ashok Vajpeyi will be the key note speaker of the event and several Sahitya Akademi and Padma Awardees will be joining to discuss how literature transcends boundaries of artificial human creations and emotions.

Mystic Kalinga Festival – Director and Founder, Mr. Rashmi Ranjan Parida said, “Literature has the potential to connect a divided society and it can transform self-centeredness to world-centeredness. Kalinga Literature Festival was first launched in 2014 to celebrate this potential of literature. Mystic Kalinga Festival, an international festival of poetry and performances, emerged out of the need to connect to people’s hearts through poems, songs, dances, performances and meditations”.

Every year the Mystic Kalinga Festival hosts a variety in books, themes, subjects and its dense ideas representing literature. The festival promises to give you a deep idea about literature both in India and the world. Welcome to a festival that unpacks the many nuances of this strange and fascinating condition called bhakti, and to a conclave of extraordinary talents, perspectives and performances. Welcome to Mystic Kalinga 2019.

Note: Mystic Kalinga Literary Award has been instituted to recognize and celebrate three prolific writers, poets and performers in Odia, in one Indian language and in one international language. The awardees have been chosen keeping in mind their contribution to their specific language and genres. The Award will be announced on 3rdJanuary, 2019.

Odisha Diary Foundation (ODF) and Odisha Media info Service (OMIS) Private Ltd is organizing annual Mystic Kalinga and Kalinga Literary Festival (KLF) every year to celebrate this creative spirit of Bhubaneswar and commemorate the literary diversity it offers, bringing it in conversation with the best minds in the world of literature within and outside of Odisha and India. Academics, authors, political and social activists, law makers, government officials, corporate leaders, students and people from all walks of life immerse in the vibrant atmosphere of the festival and exchange opinions on their favourite authors and works. Mystic Kalinga Festival and KLF has emerged as an Annual Flagship event in the cultural calendar of Odisha and our focus is to rekindle the romance with literature and foster reading and writing habits, especially among the youth. It offers a national platform with a global appeal and bridges the gap between literature in English and other Indian regional languages.

IIT Madras Tech-Fest Shaastra, one of the largest in South India, begins on 3rd January 2019

“To call me an activist is to reduce what activist do, and what writers do”, Arundhati Roy

University of Toronto: Mississaugas of the Credit First Nation opens office on U of T…

University of Toronto: Safety, mobility and local services key for residents in…

University of Toronto: Mississaugas of the Credit First Nation opens office on U…

iednewsdesk Jul 6, 2022
The Mississaugas of the Credit First Nation and the University of Toronto Mississauga (MCFN) have reached a new…

University of Toronto: Safety, mobility and local services key for…