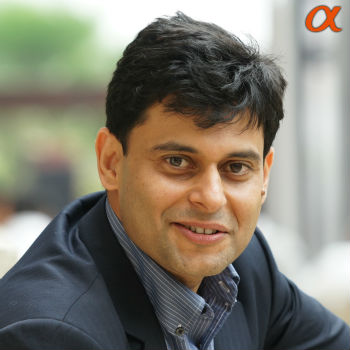 Mumbai: Otago researchers are helping lead a major international project to determine what the main causes of fever in sub-Saharan Africa and Asia are and how they should be treated.

The project is believed to be the largest study of its kind, aiming to tackle antimicrobial resistance and develop a blueprint for treatment.

The research team will investigate whether pathogens are developing resistance to drugs used to treat patients with fever in these parts of the world. This NZD$18 million global study is coordinated by the London School of Hygiene & Tropical Medicine.

The four-year FIEBRE (Febrile Illness Evaluation in a Broad Range of Endemicities) project is funded by the UK Department for International Development. It will be conducted by the Liverpool School of Tropical Medicine, the Universities of Oxford, Barcelona, and Otago, as well as partner institutions within five study countries – Laos, Malawi, Mozambique, Myanmar and Zimbabwe.

Co-Director of the Otago Global Health Institute, Professor John Crump, is an investigator in the project and will work closely with long-standing collaborators at University of Medicine 1 in Myanmar to study how best to combat the burden of illness from infections that cause fever in that country. The project also involves University of Otago researchers supporting reference laboratory testing for some infections.

By identifying the treatable and preventable causes of febrile illness in the region, and how patients with fever are cared for, the researchers aim to design new evidence-based guidelines for the management of fever. This will ensure patients receive drugs that give them the best chance of recovery, as well as help stop the spread of antimicrobial resistance – a major global health problem.

Professor Crump says fever is one of the most common symptoms that leads people living in sub-Saharan Africa and Asia to seek healthcare or be admitted to hospital.

“However, very few studies have examined the causes of fever in a standardised way across many sites,” he says.

“Until recently, most febrile illness in Africa and Asia was attributed to malaria, but wider access to improved diagnostics has revealed that most patients with a fever do not have malaria.”

FIEBRE is a multi-disciplinary project that brings together laboratory science, clinical epidemiology, social science, and data management and archiving. It will investigate the leading causes of fever in children and adults attending primary healthcare services and those admitted to district and provincial hospitals in the five study countries.

The Otago Global Health Institute (OGHI), designated as a University of Otago Research Centre last year, facilitates multi-disciplinary research in global health between collaborators in low-resource areas and researchers at the University of Otago.

“FIEBRE exemplifies the kind of work that OGHI strives to catalyse in order to contribute to health improvements worldwide,” Professor Crump says.

Another arm of the study will involve interviews and focus group discussions with local adults and families, prescribers, and workers who generate and implement clinical guidelines. The aim is to reveal how fever is treated at health facilities at a local level, including the use of antimicrobial drugs.

Professor of Communicable Diseases at the London School of Hygiene & Tropical Medicine and Principal Investigator of the FIEBRE project, David Mabey, says the world has made great strides in tackling malaria. However, there has been limited research on other potential causes of febrile illness, such as infections by bacteria, viruses, and fungi.

“We want to identify the treatable and preventable causes of fever in children and adults in Africa and Asia, and to identify those most at risk of different infections. Our goal is to develop guidelines that can be a blueprint for the effective management of patients with fever in different settings,” Professor Mabey says.

The researchers believe these new treatment protocols will have the potential to safely reduce prescription of antimicrobial drugs and improve patient care.

Professor Mabey says antimicrobial resistance is one of the greatest health challenges of our time.

“Tackling it means solving a wide-range of issues, including the culture of prescribing drugs ‘just in case’ which exists in many countries around the world,” he says.

“By studying outpatients we can look at who needs antimicrobial drugs and from whom they can safely be withheld, while our inpatient study hopes to reduce deaths by making sure patients receive drugs which will hopefully treat their illness.”

FIEBRE will also see the development of the first bank of biomedical samples collected from a large group of fever patients from diverse settings in sub-Saharan Africa and Asia. This unique archive will give researchers the tools to evaluate new diagnostic tests that differentiate between bacterial and viral infections. These could have a major global impact on antimicrobial resistance by limiting the unnecessary use of antimicrobials.