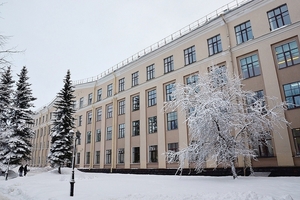 On December 9, Artur Parfenchikov spoke about this at an online meeting at the Russian Foreign Ministry.
Today, a meeting of the Council of Heads of Subjects of the Russian Federation under the Ministry of Foreign Affairs of Russia took place in the video-conference mode. Under the leadership of Minister Sergei Lavrov, the online meeting participants discussed the prospects for international youth cooperation.

In Karelia, as the head of the region Artur Parfenchikov emphasized, the key role in the development of such cooperation is played by the main university of the republic – Petrozavodsk State University. Today PetrSU maintains relations with 96 foreign universities and institutes, as well as with research centers and international organizations from 30 countries of Central and Northern Europe, Asia and the CIS.

For a quarter of a century, educational programs and courses for foreign citizens have been developed and improved. In the past two years, 646 foreign students from 55 countries have been studying at the university in various programs,

– said Artur Parfenchikov.
Petrozavodsk University annually participates in the implementation of more than twenty international projects, most of which are aimed at developing cross-border cooperation with Finland and interaction with the countries of the Barents Region.

Segezha Group, Sistema Charitable Foundation and Petrozavodsk State University will launch an Elevator to the Future for students

PolyU: PolyU holds flag-raising ceremony to celebrate the 25th anniversary of the…

PolyU: PolyU holds flag-raising ceremony to celebrate the 25th anniversary of the…