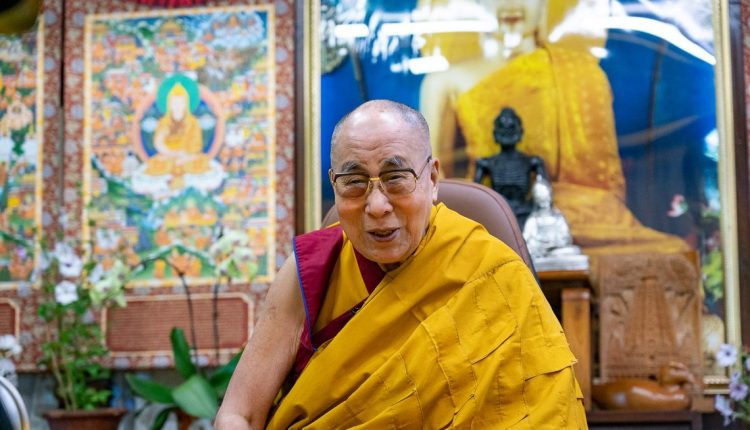 Plant trees and protect our Earth, is the best tribute to Sunderlal Bahuguna : Dalai Lama

By India Education Diary Bureau Admin On May 22, 2021
Share

Dharamsala: His Holiness the Dalai Lama has expressed his sadness on learning that his good friend, Shri Sunderlal Bahuguna had passed away at the age of 94.

In a message on saturday from His Head quarter at Dhsramsala in north India, Dalai Lama said,“I offer my condolences to his family,as well as his many admirers and friends, and I will offer prayers for him.”

Tibetan Spiritual leader further said in his message,“I deeply admired the way he made ‘ahimsa’ the core of his tireless campaigns to protect the environment. Having grown up in the Garwhal in Uttarakhand he was not only acutely aware of the need to preserve the rivers, forests and hills of the Himalayan region, but felt it was his mission to draw other people’s attention to it too.”

“On one occasion, Bahuguna asked me to spread the word about the importance of planting trees and caring for them whenever I can. I agreed to do so and when I visit places like Ladakh, Sikkim, Arunachal Pradesh and elsewhere I urge people to go out of their way to care for the environment, which has ramifications far beyond the regions where they live,”added Nobel Peace Laureate.

“Although he has left us, having led a long and meaningful life, Shri Bahuguna’s spirit will live on,” His Holiness’s message concludes. “The best tribute we can pay him will be to continue to support the movement he began to plant trees, take care of them, and protect our Earth.”

Enabling access to MGNREGA entitlements during COVID-19 through Community Radios