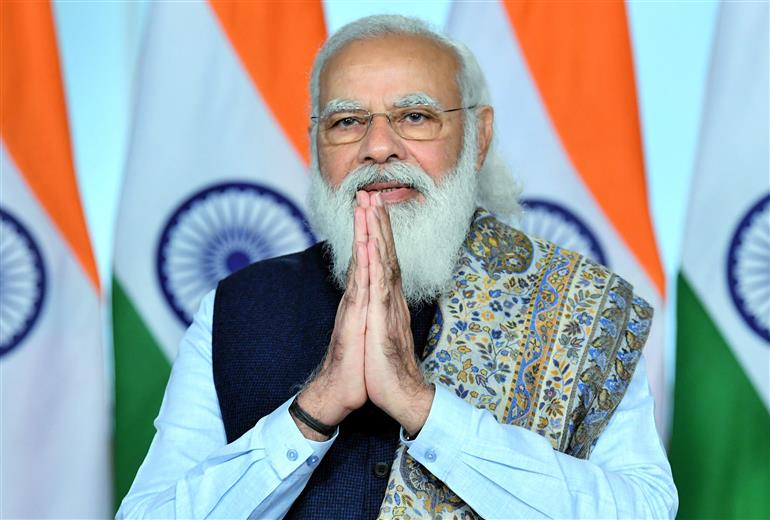 New Delhi: Prime Minister Shri Narendra Modi has said that it is for BIMSTEC nations to make this century the century of Asia as they are one fifth of humanity and have the collectively strength of 3.8 trillion dollar GDP. He was addressing ‘Prarambh: Startup India International Summit’ today via video conferencing.

The Prime Minister, noted the vibrant energy in the startup space in BIMSTEC countries like Bangladesh, Bhutan, India, Nepal, Sri Lanka, Myanmar and Thailand. The Prime Minister noted that this century is a century of digital revolution and new age innovations. This is also the century of Asia. Therefore, it is the demand of our time that future technology and entrepreneurs should come from the region. For this, the Prime Minister stressed, that Asian counties who have will for collaboration should take responsibility and come together. There is a shared heritage of culture, civilization and relations in these countries. We share our thoughts, our ideas and wellbeing, therefore our success will also be shared. This responsibility, naturally falls on BIMSTECF countries as we work for one fifth of humanity, said the Prime Minister.

The Prime Minister saw new possibilities in the impatience, energy and eagerness of the youth of the region. That’s why, he said, he called for collaboration for technology and innovation at BIMSTEC summit in 2018 and proposed a BIMSTEC Start Up Conclave. Today’s Startup India International conclave is a step in the direction of fulfilling that pledge, the Prime Minister said.

Shri Modi outlined the ongoing steps in enhancing connectivity and business relations among the countries of the region. He recalled that BIMSTEC Ministers participated in India Mobile Congress in 2018 to promote digital connectivity. Similarly collaboration is on in sectors like defence, disaster management, space, agriculture and business. “Strong relations in these areas will benefit our startups leading to a value creation cycle, meaning, deepening ties in fields like infrastructure, agriculture and business will create new opportunities for our startups which in turn lead to growth in these sectors”, hoped Prime Minister Modi.