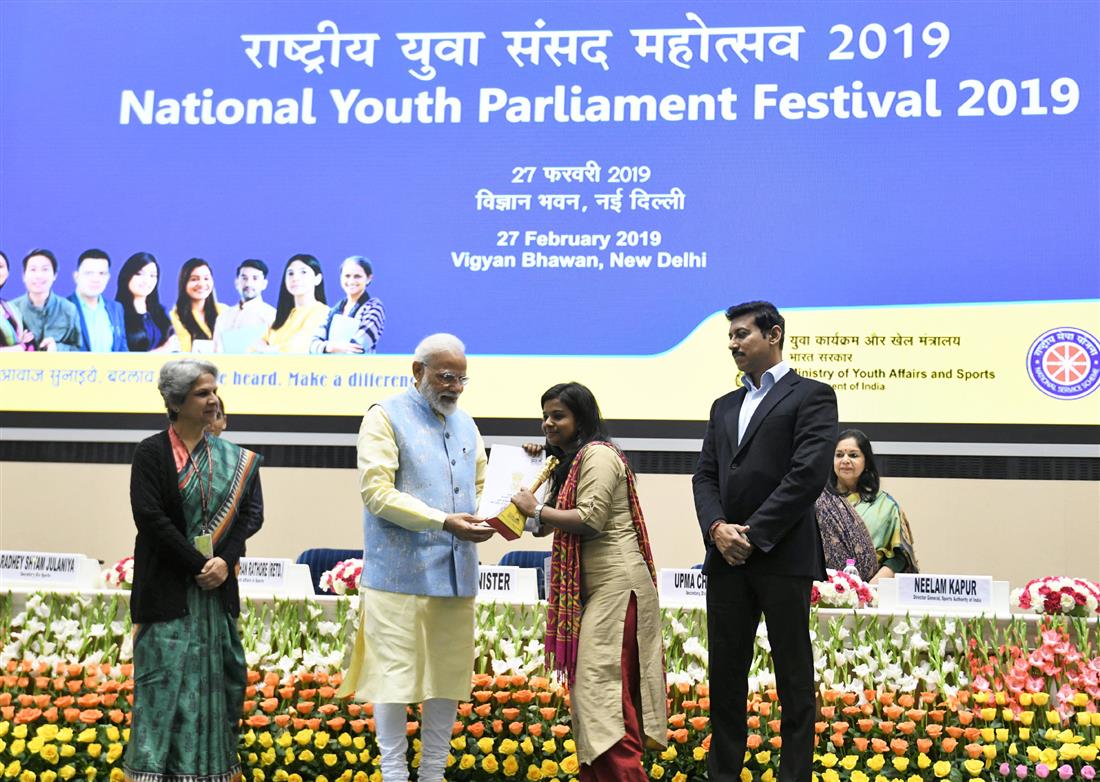 New Delhi: The Prime Minister, Shri Narendra Modi, today attended the closing ceremony of National Youth Parliament Festival Awards 2019, at VigyanBhawan, in New Delhi. He conferred the National Youth Parliament Festival Awards 2019,and distributed the certificates to the winners. He also launched the Khelo India App at the event, which will provide information

Congratulating the participants and winners of the National Youth Parliament Festival 2019, Prime Minister appreciated their energy and devotion. He said that the festival represents the image of a New India. He asked the youth to connect with the vision of New India. He added that the youth of the country should be prepared to play a bigger role for the development of the nation and the society

The Prime Minister urged the youth of the country to develop better communication skills for the betterment of the society. He said that the words one speak may or may not be impressive but it should definitely be inspiring. He asked the youth of the nation to take up various issues and debate on it. Young people have the advantage of freshness and new ideas, enabling them to face new challenges more effectively, PM said.

Prime Minister expressed hope that National Youth Parliament Festival platform would provide direction and shape to the energy of the youth and a better dialogue process. He said that such events would aid those aspiring to become Parliamentarians.

National Youth Parliament Festival 2019 has been jointly organised by National Service Scheme and Nehru Yuva Kendra Sangathan under the aegis of Ministry of Youth Affairs and Sports on the theme of ‘Be the Voice of New India and Find solutions and Contribute to Policy’.

COVID-19 has made us more sustainable

SuperBot announces the launch of a dedicated solution for D2C brands

COVID-19 has made us more sustainable