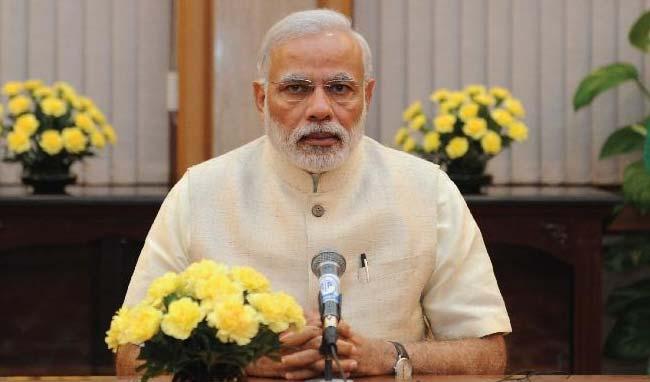 New Delhi: Prime Minister Shri Narendra Modi paid homage to Lord Basaveshwara and greeted the people on the occasion of Basava Jayanthi, the Birth anniversary of Lord Basaveshwara, in a video message today .

Basava Jayanthi is an annual event celebrated in the honour of the birth of Vishwaguru Basaveshwara, the 12th century philosopher and social reformer.

In his message, Prime Minister sought blessings of Lord Basaveshwara to give country the strength for defeating the pandemic coronavirus.

Prime Minister recalled that on many occasions earlier, he had the privilege of learning from the teachings of Lord Basaveshwara, be it the event of the translations of holy Vachanas into 23 languages, or the unveiling of Basaveshwara Statue in London.

Describing Lord Basaveshwara as a great reformer and a great administrator, Prime Minister said Lord Basaveshwara did not just preach about the reforms he wanted in the individuals or in the society but also adopted and inculcated them in his own life.

Prime Minister said the teachings of Lord Basaveshwara are the source of spiritual knowledge, as well as serve as the practical guide of our lives. His teachings teach us to be a better human being, and to make our society liberal, kind and humane. He had guided our society on issues of social and gender equality, several centuries ago.

Prime Minister said Lord Basaveshwara laid the foundations of a democracy, which prioritises, and promotes the rights of person, standing on the last rungs of the society. Basavanna had touched each and every aspect of human life, and had suggested solutions to improve it, he added.

Prime Minister was also pleased to note the extensive work done on the digitization of holy Vachanas of Basavanna, the suggestion Prime Minister had made in 2017.

Appreciating the Basava Samithi for conducting today’s event digitally across the world, Prime Minister said this sets a perfect example for conducting an event while also following the guidelines of lockdown.

The Prime Minister said, “Today, Indians feel that change starts with them. This belief is helping the country to overcome challenges.” He urged to carry forward and strengthen this message of hope and faith. This will inspire us to work hard and will take our nation to new heights, he added. He urged to keep spreading Lord Basavanna’s works and his ideals around the world to make the world a better place.

While wishing the people on Basava Jayanti, Prime Minister also stressed on following the rule of “Do Gaj Doori” in order to maintain social distance.