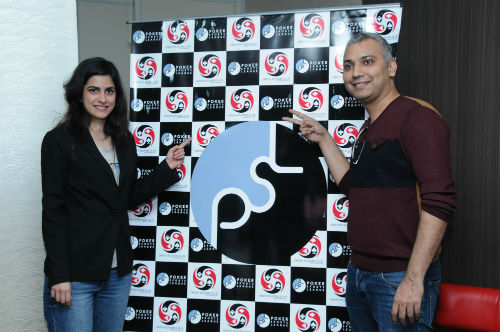 New Delhi: DSPORT, a premium sports TV channel by Discovery Communications India, has acquired the exclusive rights to broadcast season two of the Poker Sports League (PSL), the world’s first franchise based poker league. The tournament will be covered in English to begin with. This will be the first ever broadcast of the globally popular sport of poker in India. PSL’ s choice of broadcast partner was made after careful evaluation involving multiple bids. DSPORTS’s focus on catering to a wide range of leagues and events, made it the ideal platform to showcase this unique property.
Mr. Amit Burman, Co founder PSL said, “PSL’s biggest challenge has been to overcome preconceived notions & change people’s perception with regards to Poker. Hence, our positioning has been clear from the very start & this will further get established by getting the league broadcasted on a sports channel. DSPORT’s wide coverage of international sporting properties made it the natural choice.
Viswanathan Anand, the chess maestro & Brand Ambassador of PSL, when asked about this association said, “Poker as a sport has ample potential & it’s about time that we Indians realize it & give the sport, the kind of attention that it deserves. PSL joining hands with DSport sure looks like a step in the right direction.”
Mr T.S. Panesar, Head of DSPORT business said,” Poker is broadcast on sports channels across the globe since 1978. In India, this will be a first & considering that PSL is the world’s first franchise based poker league, we are excited to partner with them. The PSL team is committed to creating an excellent broadcast friendly show – to reach out to sport lovers across the subcontinent & make this an exceptional experience for them. We are elated to associate ourselves in this first of its kind journey.”
With this partnership announcement, PSL, which is the world’s largest poker league has clearly distinguished itself from the other leagues in India & has positioned it to be a top player in its genre. For Season 2, PSL has franchised 12 teams with each team committing close to INR 15 crores over the next eight years. Season two has announced a prize pool of INR 3.6 crores, which is a significant increase from the previous edition.
The teams this year will consist of a total of 10 players each, comprising of one mentor/ playing captain, two pro-players, two from free live qualifiers, three from free online qualifiers and two wild-card entries. While the first season saw 140 players getting drafted, this year the drafts will have close to 170 players, who can be eligible for participation.
Based on the design, PSL is eliminating the factor of luck by ensuring the players get to prove their poker skills over multiple events. For instance, Poker players who want to make it to the “Online Draft” need to play 24 out of 72 deep stack online events and need to perform well across all the events in order to stand a chance of getting drafted.

Commenting on the announcement, Mr Pranav Bagai, Co-founder PSL said, “We are very excited to have DSPORT as our broadcasting channel partner this season. Season 1 was a proof of the concept year, as we wanted to test the potential of converting an individual sport into a team sport. Season 2 requires to multiply PSL’s reach much beyond the online platform in order to connect with every possible poker enthusiast out there. Anybody who knows the “P” of poker can prove his/her skill by qualifying through free live qualifiers or free online qualifiers, which began last month and will continue until March, 2018.”

iednewsdesk Jan 29, 2022
The survey, which was carried out in conjunction with YouGov, found that 23.2% of people who come from the social…

KU Leuven: New KU Leuven Institute wants to give a digital boost to…