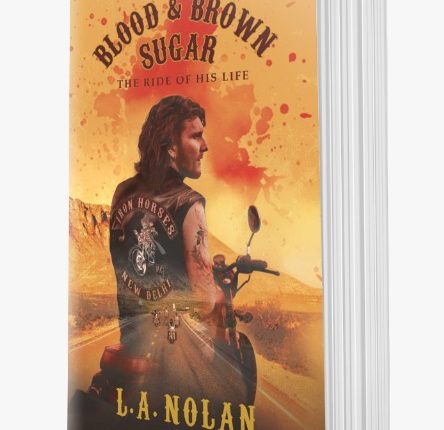 New Delhi: The book ‘Blood and Brown Sugar’ by the author L.A. Nolan, a Canadian known for his flamboyant and adventurous personality is releasing on 12th October 2021. The pre-book launch was recently conducted through the virtual event party. The interactive session was attended by guest speakers from around the world including a filmmaker from Brazil, a YA author from Canada, as well as the founder of the largest motorcycle club in India. Everyone who attended the webinar was thrilled to see the book cover and the sneak-peek teaser edited by The Creative Circle.

Blood & Brown Sugar is a contemporary fiction release that shines a spotlight on the corruption and demoralization that affects our lives from the shadows of normal society. With the current explosion of motorcycle club culture in India at its peak and the larger established base of the same in North America, the book will appeal to a vast array of readers with an interest in crime or motorcycle stories, aged 18 to 55

Penguin Random House: Jack Reacher is Back in BETTER OFF…

“I am confident that, with the explosion of motorcycle club culture in India at its peak, and the recent deluge of news headlines concerning the Narcotics Control Bureau’s activities, Blood & Brown Sugar is a relevant and contemporary work of fiction that will strike a nerve in it’s readers”, said L.A. Nolan, Author of Blood & Brown Sugar.

The webinar was attended by Todd Southgate, an award-winning environmental documentary director, and cinematographer based in the south of Brazil who aids other International non-governmental organizations. Sajeesh Nair, the founder & Chief Admin of one of India’s biggest motorcycle riders consortium called India Bull Riders which he founded back in 2007; Susan Nolan Thomas, a renowned novelist who loves to share the adventure by creating stories of her own and Ananya Subramanian, publisher at Leadstart Publishers also participated in the event and. Ruth Nolan wife and constant support of author Lee Nolan, the Chief Engineer in Mumbai Railway Vikas Corporation (MRVC), a PSU of the Ministry of Railways received several awards during her career, including a National Award in 2017, for outstanding service also presented as a constant support during the webinar.

L.A. Nolan, now a full-time writer was born in Toronto, Canada, in 1966 and the first Canadian-born member of his family whose roots are set firmly in Liverpool, England. After graduation, he embarked on a back-breaking career in pipefitting. Never fully settled, he began fiction writing in the late 1980s after earning a short story and fiction composition diploma from Granton University. He experienced some early success in monthly magazines. The destination made him settle in India and many years of extensive travel through Asia ensued. Motorcycling became his focus in 2014 and Nolan joined a motorcycle club. He crisscrossed the country with reckless abandon, then after breaking several bones on a desolate mountainside in the Himalayas, he returned to New Delhi and refocused on his true passion of novel writing.

Penguin Random House: Jack Reacher is Back in BETTER OFF DEAD, Attend a Virtual Event…