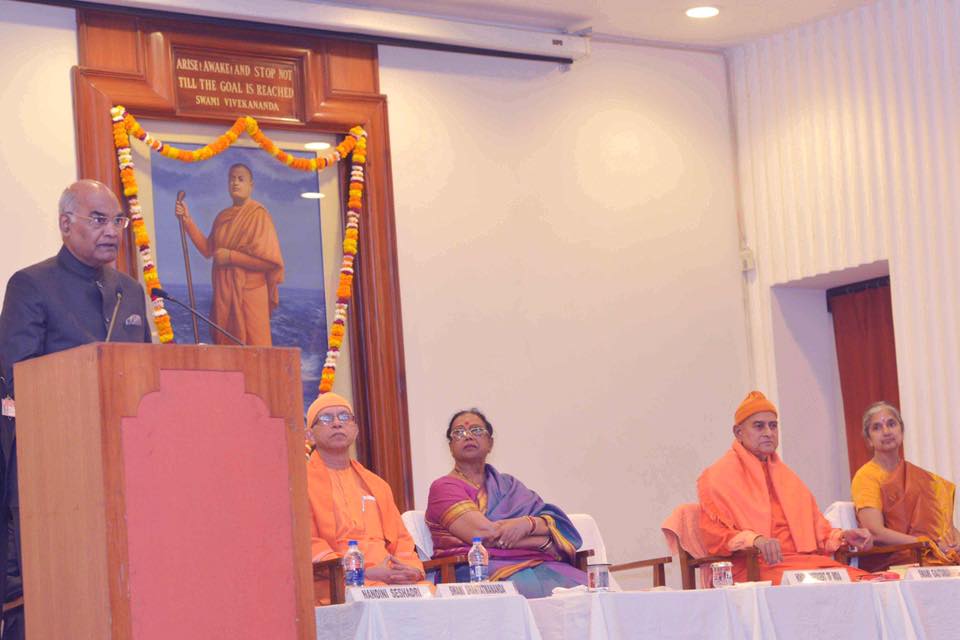 Speaking on the occasion, the President said that Swami Vivekananda was one of those who shaped our modern national consciousness. He rediscovered Indian values not only for us but for the world. He was a true cultural ambassador, as became so apparent during his visit to Chicago in 1893 for the Parliament of Religions.

The President said that Swami Vivekananda combined spiritualism and scholarship, idealism and practical thinking. His legacy is reflected in the Ramakrishna Mission, which is itself 120 years old and has grown from strength to strength. It has established an institutional rigour and a culture of enlightenment and integrity. This has allowed it to undertake social and public welfare programmes in very difficult conditions and locations.

The President said that Indian culture and spiritualism have attracted people from other countries for centuries. Buddhist monks from China came to Nalanda. Today, the appeal of Yoga and of Vipasanna to people across the world – and the response to International Yoga Day – is another example. Sister Nivedita was part of this tradition, and came to India and to Swamiji for enlightenment. And yet she was different. She did not come and learn a little and leave. She learnt a lot – and stayed on. She made India her life’s mission. And though born in Ireland, she became an Indian nation builder.