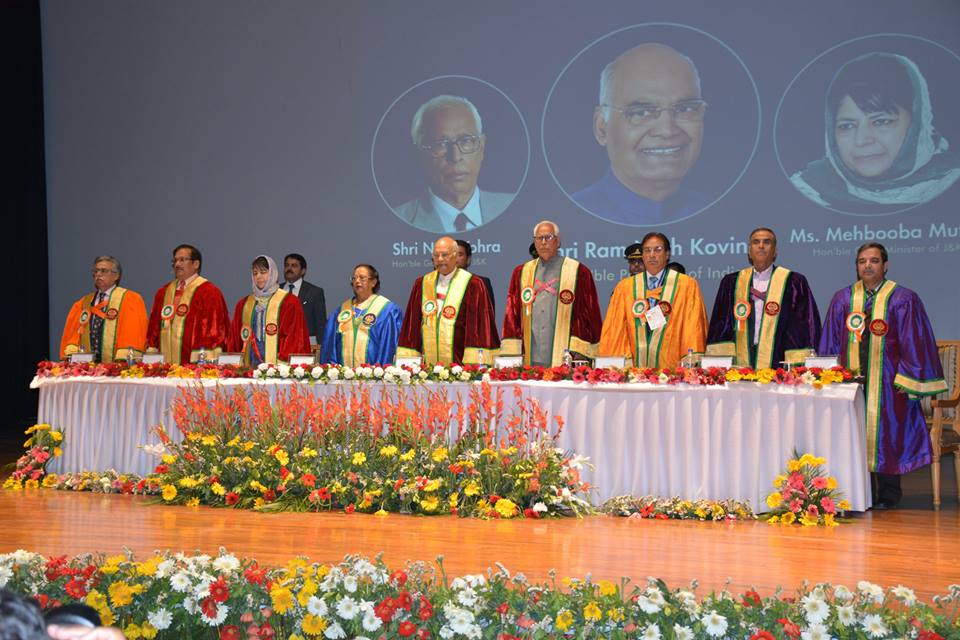 Speaking on the occasion, the President referred to recent reports of the brutalisation and killing of a girl child in the state. Perhaps the most beautiful thing in the world, the President said, was the smile on the face of an innocent child. The greatest benchmark for society to judge its success would be to keep our children safe. Protecting every child and ensuring all children feel secure is the utmost responsibility of society. In various parts of the country, our children are sometimes victims of heinous crimes.The occurrence of such barbaric incidents even 70 years after Independence is a matter of shame. We have to ask ourselves – what kind of society are we building? What are we giving our future generation? Are we building a society where women can enjoy justice, equality and independence, as provided for by ourConstitution? The President said it was a commonresponsibility for all of us,in all parts of the country, to address this issue.

University of São Paulo: Music is the theme of an online…

Turning to the progress of the Shri Mata Vaishno Devi University, the President was happy to note the success of its Technology Business Incubation Centre. The Centrecan help incubate student-led start-ups. The President said that in today’s world, universities and students need to emphasise research, innovation, technology and entrepreneurship.

The President also noted that girl students had got eight of 12 gold medals at the University convocation.Despite the fact that our society till places more restrictions on girls than on boys, young women are achieving a lot, and in every field. The President specifically mentioned the medal winning performances of female sportspersons from all corners of India in the recent Commonwealth Games.

Later in the evening, the President attended a civic reception hosted for him by the state government at Amar Mahal in Jammu.Addressing the gathering, the President said the peopleof Jammu and Kashmir have shown courage, fortitude and resilience, even in the face of challenges. All of India takes pride in them and is confident of their ability to use economic and educational opportunities that are being created in different regions of the state. The President appreciated the government and people of the state for showing commitment to development and to the path of progress.

University of São Paulo: Music is the theme of an online event at the Teatro da USP…

University of São Paulo: Virtual exhibition exposes the possibilities of using art in…

University of São Paulo: USP is among the 50 best universities in the world in 11…

University of São Paulo: Music is the theme of an online event at the Teatro da…

iednewsdesk Apr 7, 2022
Música em Foco is the name of the online debate cycle that the USP Theater (Tusp) in São Carlos (SP) promotes…