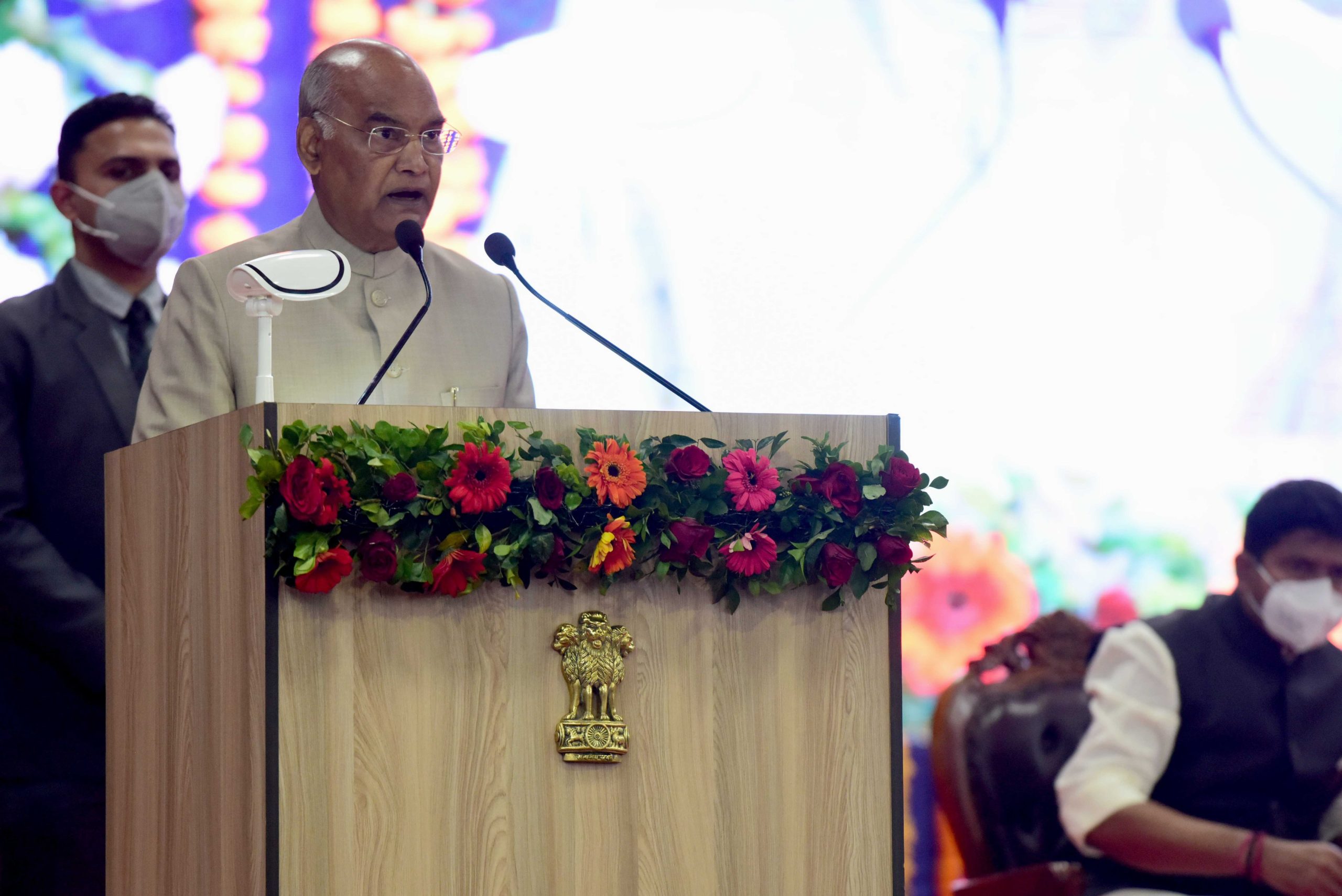 Speaking on the occasion, the President praised the people and administration of Dadra and Nagar Haveli and Daman and Diu for their efforts in building and maintaining the civic amenities in this Union Territory. He noted that due to their efforts, this Union Territory has received about 40 awards and honours in the field of social development from various Ministries of the Government of India in the past 4 years.

The President commended the local administration for their efforts for conservation of natural heritage and environment. He noted that with the efforts of UT, Diu city has now become the first city in India, which is fulfilling 100 per cent of its energy requirement during the day with solar energy.

The President was happy to note that the campaign for ‘Atmanirbhar Bharat’ and ‘Vocal for Local’ is moving ahead rapidly in this UT. He said that the environment friendly food stalls established under these initiatives for the sale of local products will not only provide employment to the locals but also provide native taste to tourists.

The President said that this Union Territory has played a leading role in implementing the Swachh Bharat Abhiyan. It is a matter of pride that all the three districts of this Union Territory have been declared ‘Open Defecation Free’. He said that the local administration has set an example for entire country by taking the responsibility of picking up garbage from every household. Due to the vibrant participation of the people and the tireless efforts of the administration, Daman and Diu got the first place in the ‘Swachh Survekshan’ of 2019, he added.

The President also praised the Administrator, MPs and other public representatives, officials, entrepreneurs as well as the people of Dadra and Nagar Haveli and Daman and Diu for their efforts in initiatives such as providing drinking water to all households, giving benefit of Ujjwala Yojana to all women and ensuring enrollment of all children of school going age.

In the evening, the President will inaugurate the INS Khukhri Memorial.