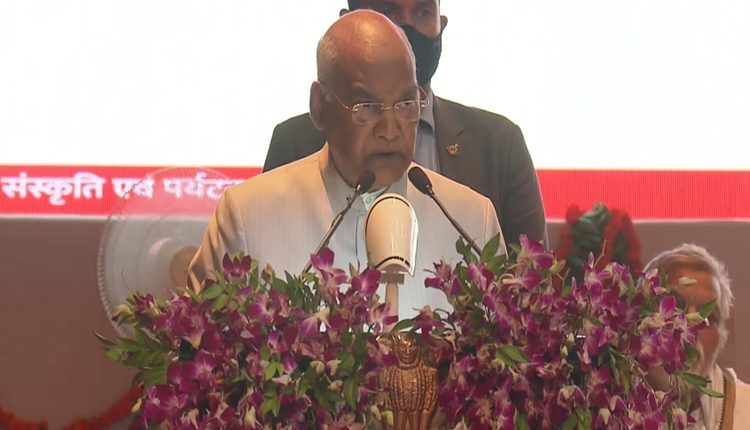 New Delhi: President Ram Nath Kovind paid homage to the great poet and saint of the Bhakti Movement Kabir at his Samadhi sthal in Maghar, Sant Kabir Nagar on Sunday. The president offered chadar at his mazaar and also planted a sapling in the premises of the Kabir Chaura Dham. President Kovind is on a four-day visit to Uttar Pradesh.

The curtains fell on the week-long Mumbai International Film…

The President will also visit Varanasi in the later half of the day where he will offer prayers at Kashi Vishwanath Dham. Mr. Kovind will leave for Lucknow this evening. He is scheduled to address a joint session of the state legislature in Lucknow tomorrow.