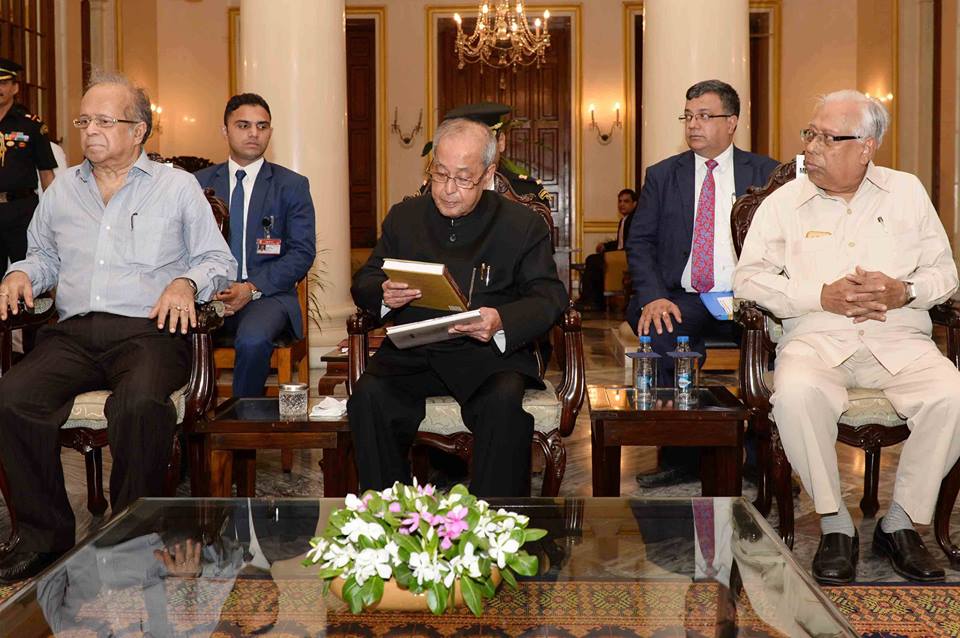 The President said that in 1961, as a state scholar of the Government of West Bengal Prof. Mukhopadhyay joined as a research scholar at the London School of Economics and began his Ph.D. research on T.H. Green, the 19th century English idealist political philosopher. In 1965, on the basis of his thesis, Prof. Mukhopadhyay was awarded Ph.D. degree by London University. His thesis was published in a book titled ‘The Ethics of Obedience’. Later, he decided to bring out his original thesis contradicting and elaborating some of his earlier arguments. Now, the book has come with a new title ‘Metaphysics, Morals and Politics’.

The President said that politics without morality is no politics. He stated that tremendous changes have taken place in the 2nd half of the last century because of internet, mobile phones and technological revolution in the field of communication. Many old concepts are rapidly undergoing changes. He said that Green established a bridge between morals and politics. He applauded Prof. Mukhopadhyay for establishing the extreme relevance of Green’s ideas in the modern world.

Pearl Academy Forays into Journalism with School of Media and Journalism