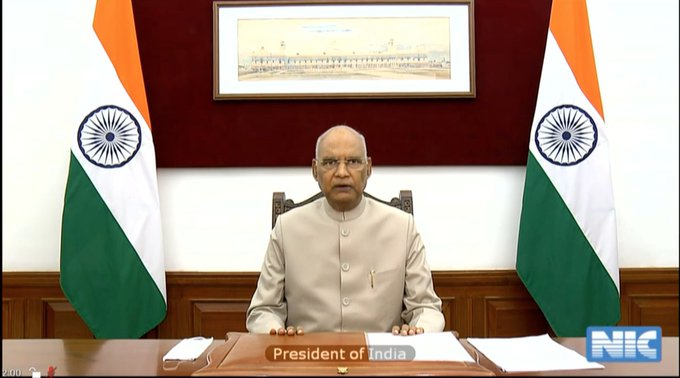 New Delhi:The President of India, Shri Ram Nath Kovind, has sent his greetings to fellow citizens on the eve of birthday of Guru Nanak Dev.

In a message, the President has said, “On the auspicious occasion of Guru Nanak Dev’s birth anniversary, I extend my heartiest greetings and best wishes to all the citizens living in India and abroad, especially the brothers and sisters of the Sikh community.

The life and teachings of Guru Nanak Dev are inspiration for all human-beings. He showed people the path of unity, harmony, fraternity, comity and service, and gave an economic philosophy to realize a lifestyle based on hard work, honesty and self-respect.

Guru Nanak Dev gave the basic mantra of ‘Ek Onkar’ to his followers and insisted on treating all human beings equally, without discriminating on the basis of caste, creed and gender. His message of ‘Naam Japo, Kirat Karo and Vand Chhako’ contains the essence of all his teachings.

On the sacred occasion of Guru Nanak Dev’s birth anniversary, let us resolve to conduct ourselves in a manner so as to emulate his teachings.”