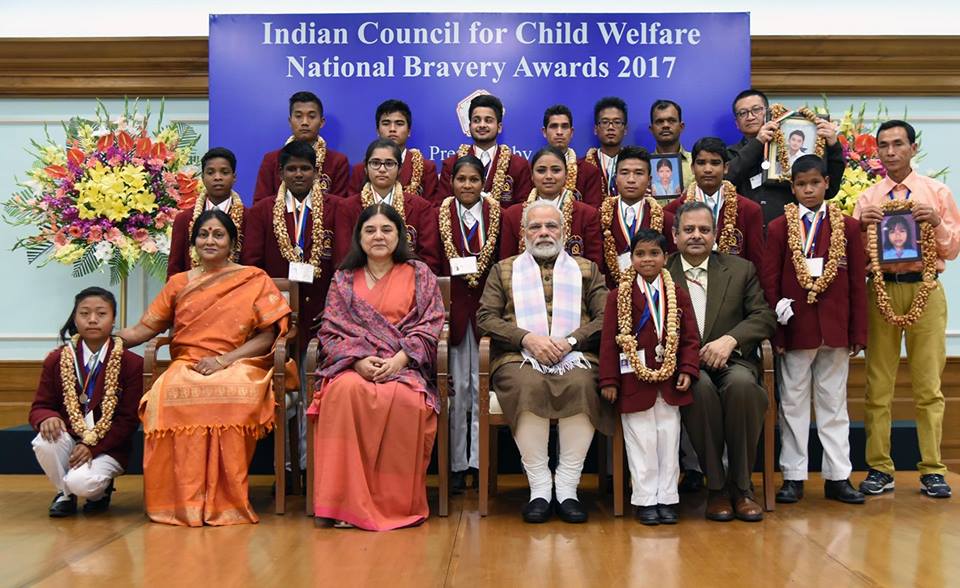 New Delhi: Prime Minister Narendra Modi on Wednesday gave away the National Bravery Award in New Delhi to 18 children selected from across the country. Three awards were given posthumously.

The children, a source of great pride and motivation for the countrymen, include seven girls and 11 boys aged between 6 to 18.

18 year old Nazia was given the highest of the Bharat Award, the highest National Bravery Award.

The recipients, selected from across India, were given a medal, certificate and a cash prize.

They also received financial assistance to complete their schooling.

Addressing them Prime Minister said that the moment should be used as an opportunity by them.

President Ramnath Kovind will host a reception for the awardees, who will also be participating in the Republic Day parade at Rajpath on 26th January.