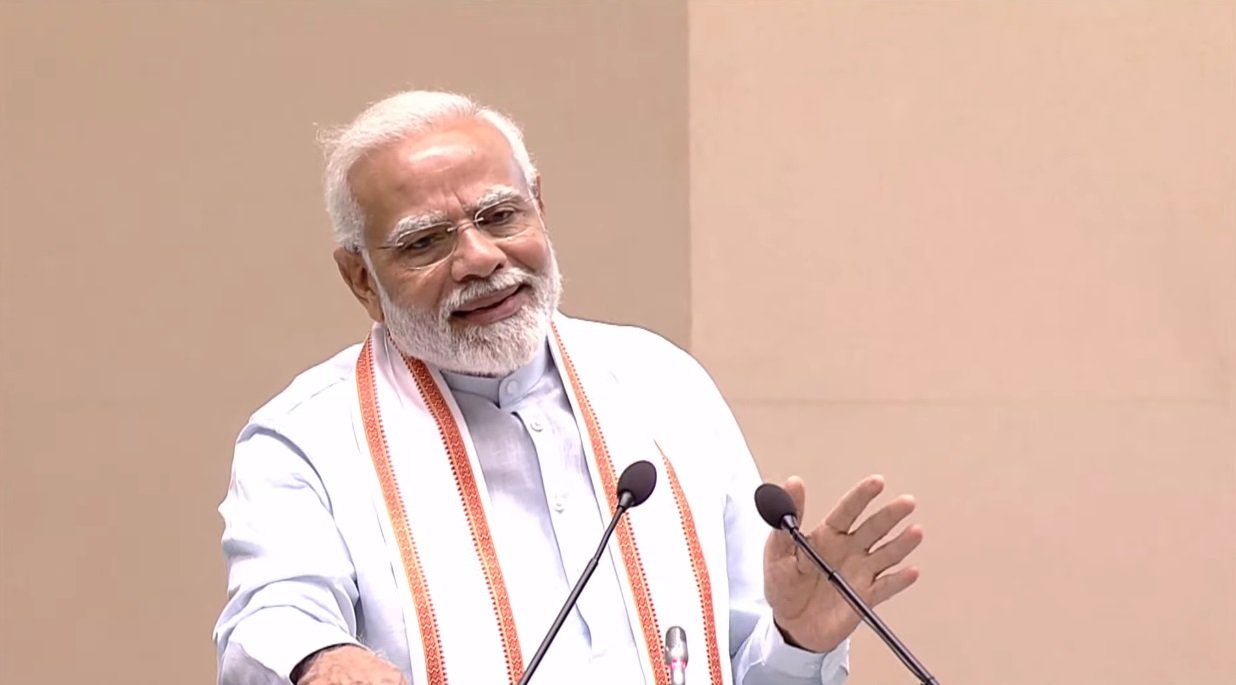 New Delhi: Prime Minister Narendra Modi today said that social justice means equal opportunity for every section of the society and the country will only go forward when women, dalits, divyangs, backwards and tribals of the country will go forward, which will happen through education. Prime Minister was addressing a programme marking the 10th death anniversary of late Harmohan Singh Yadav today via video conferencing. The program was held at Mehrban Singh ka purwa area of Kanpur district in Uttar Pradesh. People from other states also participated in the function through video conferencing.

Terming today as a big democratic day for the country PM said that our new president has taken an oath today and the first time after independence a woman from the tribal community is going to lead the nation. Attacking the opposition in his address Prime Minister said that a tendency has begun recently to put ideological or political mileage above the society and country’s benefit. He further added that it is the responsibility of every political party that opposing any party or person should not turn into opposing the nation.

Harmohan Singh Yadav was a towering figure and leader of the Yadav community. Prime Minister’s participation in the programme is in recognition of the contribution of the late leader to farmers, backward classes, and other sections of the society. Former President Ram Nath Kovind had also participated in a program held last year in the memory of Chaudhary Harmohan Singh Yadav.

Harmohan Singh Yadav remained active in politics for a long time and served in various capacities as MLC, MLA, member of Rajya Sabha and chairman of ‘Akhil Bhartiya Yadav Mahasabha’. He was also instrumental in establishing many educational institutions in and around Kanpur with the help of his son Sukhram Singh. Harmohan Singh Yadav was awarded Shaurya Chakra in 1991 for his display of valour in protecting the lives of several Sikhs during the 1984 anti-Sikh riots.