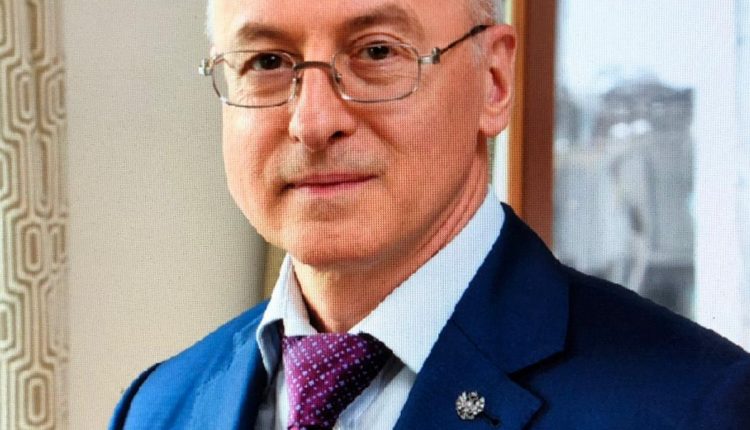 Trade cooperation between Russia and India has a long history. Nevertheless, the first official trade agreement between the countries was signed in 1953. That agreement was the basis for establishment of the Trade Representation of the USSR in the Republic of India.

Since then, our country played prominent role in India’s economic development.

The first steps towards technical modernization of India with the assistance of the USSR were made in 1955 when the documents on the commencement of work on the construction of the largest metallurgical plant in India near the city of Bhilai were signed. The Soviet side committed to providing all technical documentation and training of workers at the plant.

Later, with further assistance of our country, the machine-building plants in Durgapur, Ranchi and Hardwar were built. Significant Soviet contribution was visible in the development of the oil & gas and chemical industries in India. At the coast of the Arabian Sea, the Cambay and Bombay High oil & gas fields were discovered. Large oil refineries in Koyali, Barauni and Mathura were built. The first metro line in Calcutta for easy urban transportation was built with the assistance of the USSR. Soviet experience and technical skills were used in the agricultural sector in India for enhancing agricultural production, irrigation, and flood control.

At that time, India had a challenging goal of achieving economic independence by creating a strong state-of-the-art industrial and agricultural base in the country. Understanding the complexities and needs of India, the USSR provided India with loans for building enterprises on favorable terms and with repayment in rupees and commodities produced in India.

The Soviets assistance helped India on its path towards economic self-reliance.

In new Era, the Governments of Russia and India have continued the course of enhancing cooperation.

In 2000, during the visit of President of Russia Vladimir Putin to India, a number of important agreements for bilateral cooperation were signed, including the Declaration on Strategic Partnership between Russia and India. The Declaration establishes the priority areas for Russian-Indian relations, including the development of mutual trade and investment, cooperation in oil & gas industry, electric power industry, metallurgy, mechanical engineering, transport, etc.

Today, Russia and India are rising powers and have a great role to play within the international agenda. While the countries diversified their external economic and trade policies orientation in response to various global challenges, they continue to regard each other as special and privileged partners.

We have seen many significant achievements. They are mostly in political and strategic cooperation, military and security mutual support, partnership in the spheres of science and nuclear energy, and so on.

At the same time, the countries are far from utilizing their potential in the trade and economic cooperation, which is one of the most important pillars of any bilateral relationship.

Major items delivered from Russia to India are machinery, power equipment, fertilizers, agricultural products, mineral resources, precious stones and metals and so on.

The coronavirus pandemic has affected bilateral trade dramatically. According to the Russian statistics, in 2020 the volume of Russia-India annual turnover decreased by 17% to 9.3 billion US dollars.

Promotion of measures for diversification and intensification of trade and economic cooperation is crucial now.

Regarding measures to enhance trade and economic cooperation

The leaders of Russia and India have set an ambitious goal – to achieve bilateral trade volume of 30 billion dollars by 2025.

To achieve this target Russian and Indian authorities work together to establish favourable conditions for business community. The countries are working on Free Trade Zone Agreement between the Republic of India and the Eurasian Economic Union, optimization of logistics and customs procedures, settlements in national currencies and so on.

Joint realization of large projects is another direction to boost economic cooperation.

Indian companies are doing business fruitfully in our country. They have already set up production of pharmaceuticals, jewels, chemicals, paintwork materials and exploration of minerals in Russia.

It is also important to note that authorities of Russian regions and Indian states are deeply involved into the implementation of projects.

Both the states of India and the regions of Russia have provided assistance in development of numerous special economic zones and industrial parks.

Development of inter-regional cooperation now is more important than ever.

Indian economy is growing rapidly and demand for new competitive technologies is constantly increasing. There are huge opportunities for cooperation in such areas as metallurgy, mining, power generation, aviation, chemical industry, oil and gas exploration, production and processing and so on.

We may discuss the prospects of cooperation in each sector a lot. However, I would like to raise an issue of two spheres in this article.

The first one is transport. Russia is a quite large country. Well-functioning transportation network is vital for our economy. We have great experience in design, construction, usage and maintenance of highways, railways, inland waterways and aviation. Reliable Russian transportation network is exploited heavily in harsh climactic conditions (just for your information, the absolute minimum temperature is less than -70 degrees, absolute maximum is more than +45 degrees).

It is obvious, that Russian experience in these fundamental segments may find its application in the rapidly developing Indian economy.

(Interviewed is based on Interaction of Prof. Dr. Alexander Rybas by BRICS CCI)