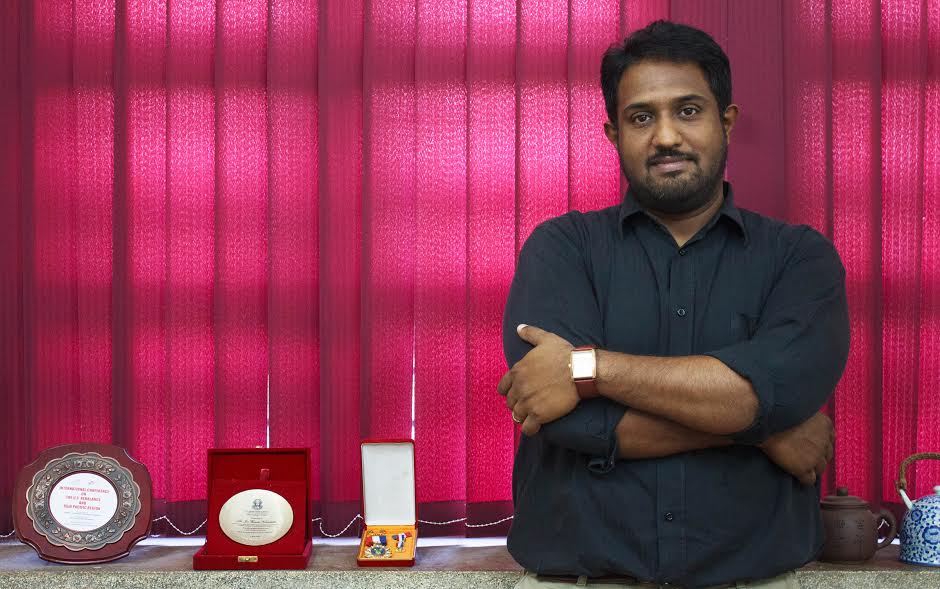 By India Education Diary Bureau Admin Last updated Apr 23, 2020
Share
Chennai: Dr. Joe Thomas Karackattu has been chosen as a ‘China India Scholar-Leader’ for 2017-19 by the India China Institute, New School, New York.  The Fellowship includes a cash award of USD 5000 and research project valued at approximately USD 42,000.   He is one of the eight to be so chosen globally. The aim of the recognition is to allow selected scholars to study issues of prosperity and inequality in India and China. The Award also comprises a fieldwork immersion component and a brief residency in New York.
Dr. Karackattu is an Assistant Professor at the Humanities and Social Sciences Department, Indian Institute of Technology (IIT) Madras. He was “Fox Fellow (2008-09)” at Yale University and, was also recipient of the inaugural “Centenary Visiting Fellowship” (nominated award) at SOAS, University of London in 2013. He is trained in International Relations (JNU) and Economics (St. Stephen’s college), with a concentration in Chinese studies.
Related Posts

Apr 16, 2022
Prof. Joe Thomas Karackattu says “It feels nice to be recognised and acknowledged for my work. I yearn to develop a network of epistemic communities in India and China (and beyond, where possible) that could contest intensely national, zero-sum, speculative security paradigms employed to study inter-state relations. Such recognition from the India China Institute motivates me to further immerse myself in the domain.”
“IIT Madras fosters a keen sense of excellence in students and teachers alike. The institute embodies the trinity of academic, professional and personal growth, which makes for a vastly improved ecosystem to pursue individual areas of research”.
Dr. Karackattu’s debut film last year, called Guli’s Children on the subject of Kerala-China cultural-diplomatic history, has been screened in Beijing, Shanghai, Singapore, Delhi, Mumbai, Chennai, among other locations. The film successfully locates the descendants of a Malayalee family that moved from Calicut to China over 700 years ago, and settled there. It is a work of non-fiction. Dr. Karackattu is the first Indian to have located the family in China
Share FacebookTwitterGoogle+ReddItWhatsAppPinterestEmail