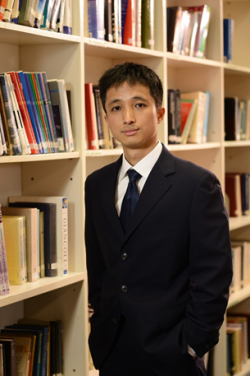 Professor Wang YAO, Chair Professor of Department of Physics and Division of Physics and Astronomy at the University of Hong Kong (HKU), has been elected as a Fellow of the American Physical Society (APS) 2020 upon nomination by the Division of Condensed Matter Physics, in recognition for his “pioneering contributions to valley optoelectronics by laying down the theoretical foundation for versatile control of valley and spin in 2D semiconductors and their heterostructures”.

The APS Fellowship Programme recognizes members who have made exceptional contributions to the advancement of physics. The Fellowship is a distinct honour signifying recognition by one’s professional peers. With a stringent evaluation by the Fellowship Committee, the election to Fellowship each year is limited to no more than 0.5% of its non-student membership.

“Since my student time, I have witnessed many respected names elected as APS Fellows. I am really glad to become one of them.” said Professor Yao, with great honours to the recognitions.

HKU Dean of Science Professor Matthew Evans congratulated Professor Yao on distinguished accomplishments. “This honour is not only an international accolade to Professor Yao in recognition of his distinguished achievements in the field, it is also a testament for the University’s pursuit of research excellence, and further evidence of our impact and research standing in the world. He is definitely well-deserved and we are all proud of him,” said Professor Evans.

About Professor Wang YAO
Professor Yao obtained his BSc from Peking University in 2001, and PhD in physics from the University of California, San Diego in 2006. He joined HKU in 2008 and is currently Chair Professor of Physics. His research interests span an interdisciplinary area across condensed matter physics, quantum physics and optics, with a current focus on two-dimensional materials and their heterostructures. He has played a decisive role in creating an important new research direction – valley optoelectronics in 2D materials, which aims to exploit valley, a quantum degree of freedom of electron, in future optoelectronic devices.

Professor Yao has achieved many milestones in his academic life. He received the OCPA Achievement in Asia Award (Robert T Poe Prize) in 2014 from The International Organization of Chinese Physicists and Astronomers (OCPA), the Croucher Innovation Award in 2013 and the Croucher Senior Research Fellowship 2020 from the Croucher Foundation, and the Outstanding Researcher Award 2014/15 and Outstanding Young Researcher Award 2012/13 from HKU. He has also been named by Clarivate Analytics in the list of “Highly Cited Researchers” among the world’s top researchers in 2018 and 2019.

About APS
The American Physical Society was founded in 1899, with a mission to advance and diffuse the knowledge of physics through journal publication, scientific meetings and extensive programmes in education and public outreach. APS represents over 55,000 members, including physicists in academia, national laboratories, and industry in US and throughout the world.

Music and Zoom with the Elderly at Moon Festival