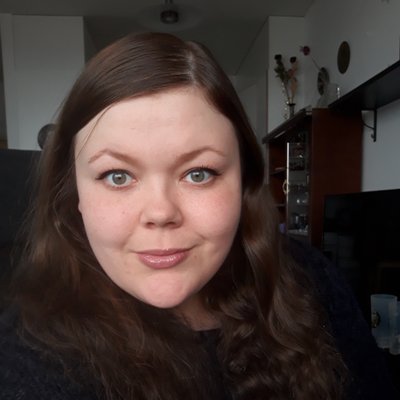 In her doctoral dissertation, Laura Hekanaho investigates attitudes towards English third person singular pronouns. The use of pronouns is very politicised.
Laura Hekanaho takes an in-depth look at two main problems caused by gendered pronouns (‘he’, ‘she’): the use of singular pronouns in generic contexts, and pronominal references to nonbinary individuals. What connects these pronouns is their relevance to gender-fair language use; who is allowed representation in language?

Gen­eric ref­er­en­ces to people no longer rely on the mas­cu­line pro­noun
The problem with generic references has been the choice of pronoun when referring to people in general but using a singular construction (e.g., ‘A child loves his/her/their mother.’). Traditionally, such expressions have used the ‘he’ pronoun, a practice which has been shown to be problematic in previous research.

“This is a broader phenomenon related to language and society, where masculinity has often been set as the norm,” Hekanaho says. Most languages have words like ‘spokesman’, ‘fireman’ and so on. In present-day English, other alternatives are commonly used, singular ‘they’ being the most common generic pronoun.

How should non­bin­ary in­di­vidu­als be re­ferred to who are neither she nor he?
Another pronoun-related issue pertains to nonbinary people: what pronouns should be used to refer to people who are not ‘he’ or ‘she’? Even though being nonbinary is not a new phenomenon, the linguistic needs of nonbinary individuals have only received broader attention in recent years. In English, many nonbinary individuals have started using ‘they’ as their personal pronoun, but some prefer neopronouns such as ‘ze’ and ‘xe’ (e.g., ‘Chris loves zir coffee black.’).

Eng­lish pro­nouns have be­come politi­cised
English pronouns have been politicised in many ways, evoking a multitude of emotions and opinions, which have an effect on what pronouns are used and how.

“For this reason, in my doctoral dissertation I have investigated not only pronoun usage, but also their acceptability and attitudes towards pronouns.”

Hekanaho’s doctoral thesis is based on a questionnaire survey with 1,128 respondents, of whom 79 were nonbinary and the rest were women or men. Most of the respondents spoke English as their native language, but some were native speaker of Finnish or Swedish.

The results illustrated the importance of pronouns on a number of levels. In generic use, the respondents preferred singular ‘they’, above all for its gender-inclusive nature. On the other hand, using ‘he’ or ‘she’ alone was considered gender exclusive, while the combination of ‘he or she’ was more acceptable, although not as popular as ‘they’. In fact, inclusivity appears to be the deciding factor in the use of generic pronouns.

Non­bin­ary pro­nouns po­lar­ise opin­ions the most
“Many cisgender respondents strongly opposed nonbinary pronouns, finding them strange and unnecessary. Due to its familiarity, ‘they’ was, however, considered to be a better option than neopronouns.”

However, behind the opposition to nonbinary pronouns lie ideological reasons that go beyond the perceived strangeness of pronouns. The existence of nonbinary identities, and consequently nonbinary pronouns, challenges the fairly established idea of gender being a binary concept. As such, attitudes towards these pronouns also reflect gender ideologies, as was evident in the data.

The nonbinary participants also described their relationship with pronouns. The majority reported using ‘they’ as their own pronoun, and only few preferred neopronouns. The importance of pronouns to identity was highlighted in the responses. When other people use a nonbinary individual’s correct pronouns, this is a sign of respect and indicates that the speaker acknowledges and accepts nonbinary identities. In contrast, refusing to use nonbinary pronouns is disrespectful, indicating that the person rejects the validity of nonbinary identities.

“Language use does matter, since it’s not only about the words and pronouns we use, but also about the values we communicate through our language use. Inclusive and respectful language can, for example, make the lives of minorities easier.”

Laura Hekanaho, MA, will defend her doctoral thesis entitled ‘Generic and Nonbinary Pronouns: Usage, Acceptability and Attitudes’ on 8 December at 15.00 at the Faculty of Arts, University of Helsinki. The thesis can be accessed through the E-thesis service.

Gold Coast Bay an oasis for humpback whales with calves

University of Western Australia: Space Boot Camp to blast off at UWA

Ural Federal University: University Is in the Top Three for Patents…

Ural Federal University: University Scientists Will Create an App to…