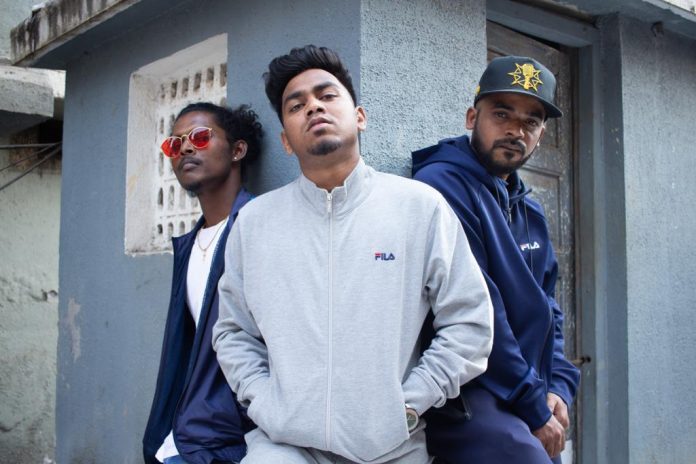 Mumbai : Roposo, India’s leading creator-led live entertainment commerce platform, celebrated the finale of its maiden Live singing competition, ‘The MIC’. Gaurav Gerera was declared the winner of the competition in an enthralling event conducted on 2nd August 2022 in Mumbai. Like the entire competition, the finale was also live streamed on Roposo and simulcast on lock screen platform Glance, with the grand finale being viewed by more than 1.17 million viewers.

As the winner, Gaurav received a prize money of Rs 2 lakh. He, along with the top two runners-up, Neha Saxena and Shubhangi Kedar received an internship opportunity with Pritam Chakraborty’s JAM8 Studio. The winner will also get to stream multiple live shows on Roposo, which will enable him to reach out to millions of users through exclusive jam sessions and audience interactions, that will be simulcasted on Glance as well.

The grand finale of Roposo’s The MIC was divided into four riveting segments: a duet, a chorus, a collective segment, and finally the Medley Mashup. The top 6 finalists namely Nishikant, Yuvraj Kaushal, Gaurav Gerera, Neha Saxena, Krutika Lele, and Shubhangi Kedar went head-to-head in an electrifying final episode, in the presence of a live audience on Glance and Roposo. The audience chose their favourite singer for each segment, and Gaurav, Neha, and Shubhangi were selected as the top three finalists of the competition. After much deliberation by Glance and Roposo users who voted in real-time, Mumbai’s Gaurav Gerera was crowned as the winner of Roposo’s ‘The MIC – Season 1’.

The finale also had enthralling performances by talented artists like comedian Akash, rap band ‘DOGZ MUSIC’, lyrical beatboxer Abhishek Kurme aka ‘Beatslayer’, and percussionist Yogendra, who made the whole finale an unforgettable experience for the audience. While the live and interactive contest kept users entertained, one of the highlights of the show throughout has been Magic – The Mic, a virtual mascot who hosted each episode and kept the excitement levels high through his funny quips and comical personality.

Commenting on the success and conclusion of The MIC, Abhinav Jain, Vice President, Roposo said, “We launched one of our main music IPs, The MIC, on World Music Day. This is a unique live streaming singing competition that was conceptualized in-house. Music is one of Roposo’s most popular categories, and we are proud to have brought an innovative experience to the millions of music lovers on Roposo. It also gave the power largely to the users, since they were able to decide the winner in real time through our unique interactive features. It also provides an impetus to music creators who can engage with their audience in real-time and act upon their recommendations and requests. We are stoked by the success of the first season and may look at continuing this for show through different seasons in the time to come.”

Popular rapper trio DOGZ MUSIC, who performed at the finale, commented, “With digital platforms on the rise, creators now have several avenues to showcase their talent, something which we felt was missing earlier. Platforms like Roposo not only provide young musicians with a stage to showcase their talent, but also enable them to develop a huge following considering the scale of users it has onboard along with Glance. We’ve seen several music competitions; however, The MIC was a first-of-its-kind contest where talented individuals could compete in a livestreaming format and the winner was chosen based on live votes on the platform instantaneously. We were really impressed by the concept and the talent that has emerged from The MIC.”

Talented Beatboxer, Beatslayer aka Abhishek Kurme, who performed an amazing set at the finale, added, “Roposo Mic was a first-of-its-kind experience. I felt it was a unique reality show, as performances were happening live, both in-person and virtual. I felt the concept of the audience deciding the winners was quite innovative. I’m happy that Roposo gave such a unique opportunity to singers and I’m grateful that I got to be a part of it as well.”

Talking about his win, Gaurav Gerera expressed, “I am overjoyed that the viewers chose me as the winner of The MIC. During the finale, I performed a medley of songs, and I am thrilled that everyone loved it and it helped me win the title. It has been an incredible journey for me and I’m glad that Roposo provided me with such an amazing chance to showcase my talent in front of millions of viewers and receive instant and overwhelming validation from listeners. The experience was top notch and I’m glad to know that the platform is helping aspiring singers like me to build a career and connect with music lovers across the country and the world.”

Almost 200 budding singers from different cities auditioned for Roposo’s The MIC. Of these, 20 participants were shortlisted for the two-month program based on their song selection, performance, and versatility. The first-of-its-kind singing competition saw them battle each other in a one-on-one knockout format. Millions of users from Glance and Roposo voted for their favorite performer via a live poll feature during these battles and helped them advance to the next round of the competition. The six finalists emerged through the course of multiple phases of the competitions.

With the success of The MIC’s first edition, Roposo has added to its vision of being the leading digital destination for pop culture and introduced new age ways of finding unique singing talent and bringing them to the fore. With several fresh and interesting initiatives lined up, Roposo is all set to continue its journey of discovering and promoting creators across different verticals while helping them become trendsetters, finding a greater audience reach and monetizing their talent.