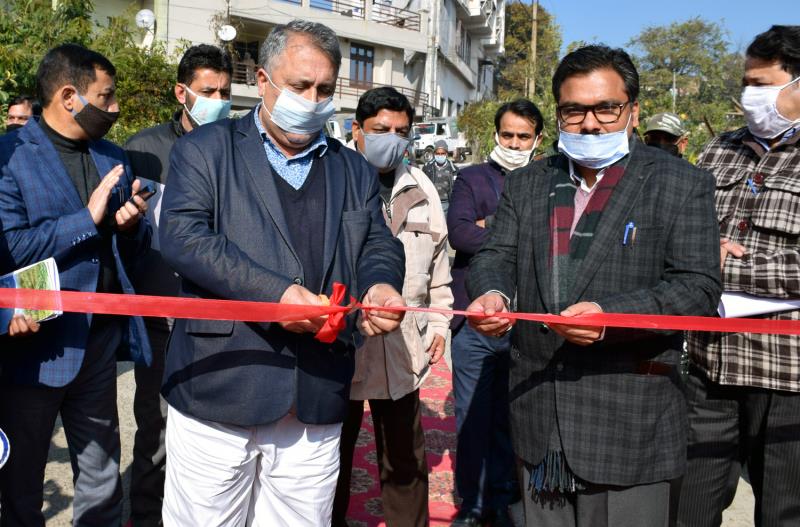 While addressing the youth, Principal Secretary said that the government would explore all possibilities to create jobs in private sector but the educated youth should also come forward to set up their income generating self employment units to earn with dignity and contribute in the national economy. He also stressed the need for creating maximum awareness about the centrally sponsored self employment schemes among the unemployed youths so that they could set up their own income generating units for economic prosperity. He reiterated that PMKVY-3 envisions to offers huge opportunities to obtain skills in trades of their interest which will not only equip them with skills required for landing in job but also traverse on the path of “Entrepreneurship” whereby instead of job-seekers they can become job-providers.

Dr Samoon stressed upon the unemployed educated youth to avail benefit of such employment fairs by knowing about the self employment schemes started by the government. He called upon the district officers and bankers to hold series of awareness campaigns in their respective jurisdictions to educate the youth about various welfare schemes. He also asked the Bankers to strengthen single window system for providing information about the employment schemes.

Dr Samoon appreciated DDC and representatives of private companies for organizing this job fair. He said that the Bankers play an important role as a facilitator to provide jobs to youth. He said that to create ample opportunities for the youth, it is necessary that all available resources should be explored to redress the problem of unemployment. He also interacted with the Job Providers/Companies as well as unemployed youths on the occasion.

Principal Secretary along with DDC took a round of the fair and inspected the stalls set up by various departments for disseminating information about welfare and other schemes launched by them.

DDC said that the main objective of this job fair is to generate employment opportunities for unemployed youth by providing them multiple job options. He said that the initiatives were taken by the ITI College in providing excellent opportunity under one umbrella to the job aspirants.

Later, Principal Secretary visited Jakhar where he inspected construction work on Polytechnic building and directed the executing agency to complete the work by 31st of March 2021, so that class work can be started from next academic session at new campus. He instructed concerned department for providing electricity and water facility.

iednewsdesk Mar 4, 2021
The agricultural cultivation of the staple food of rice harbours the risk of possible contamination with arsenic…

University of São Paulo: Brazilian variant emerged in November, is…